Search for concert tickets at ScoreBig!

For all of you frequent concert-goers out there, this post is to let you know there's a new player in the landscape of discounted event tickets: www.ScoreBig.com Whether you are looking for concerts, sporting events, musicals or Broadway shows try adding ScoreBig to your list of sites you check before settling for box office pricing. ScoreBig advertises their tickets are always lower than box office prices, and discounted as much as 60% off the original price!!

The ScoreBig.com website is user-friendly, and makes it easy to search by location for great entertainment opportunities near you. Don't miss a chance to save some money on your next concert event, and check ScoreBig.com first!

M.A.I.M. are an Italian metal band seeking to fuse the diverse genres of early Thrash metal with Traditional Folk music. Their songs are like a mish-mash of early-era Iron Maiden mixed with a Renaissance Minstrel Band. Their music is like a conduit to their attitude of party hard, rock even harder, and generally live life to the fullest or else!

They describe their sound as 'Epic Casera Metal'. In this context a 'Casera' is essentially a small building where travelers on foot drop in to take a rest while backpacking through rural Europe. Now picture there is a band in said Casera and they choose to play for you some heavy metal music to help you to drink the night away. The band you might be picturing now would be akin to M.A.I.M. 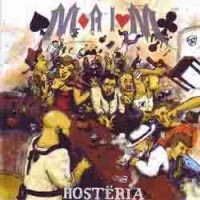 Their new EP, Hosteria, is four adrenalizing tracks of this Epic Casera Metal. Along with their high speed classic metal-infused-with-folk music sound, their vocalist Dario De Nart reminds me of Lacuna Coil's Andrea Ferro. He has that same gritty, almost raw sounding rough voice. The difference is, in most cases, their music is twice as fast as Lacuna Coil...

The first track is 'Casera Death Trip', and this song is very much like a theme-song for M.A.I.M. It describes their style of music, performance, and preferred audience within the lyrics. It is almost like an instructional song about the attitude you need to bring to their shows, as well as how you should behave or misbehave while in attendance. Lyrics like, "Get ready for a mosh!" and "Throw away your mobile." clearly let the listener know what is in store for them at a M.A.I.M. show! All the while you have fast and heavy classic metal riffs and grooves pouring out of the speakers with a folksy violin playing a catchy melodic jig in the background. Finally the song closes with the lyrics informing the listener that M.A.I.M. intend to "Drink until we pass out!"

Next is 'Quest for Perfection'. This song begins with a thundering drum intro. A lead guitar melody comes in and lifts the song up, then the rhythm section hits you with the riffs. Again a violin accompanies in the background, mirroring the lead guitar melody. Lyrics again are self-championing themes of total metal madness in a hard partying bar.

The third track is 'Dragon & Polenta'. A spoken intro in their native Italian language gives way to a tale of myth, legend and fantasy. Almost like an alternate version of the Loch Ness monster, but told to a thrash metal riff and melodic violin.

The last song, 'Blood Stained Walls' is slightly different from the first 3. It starts off with a slower, violin intro that depicts a somber mood. The first few riffs build the song into a metal anthem, then the beasts of thrash get unleashed in the middle, and by the end the backing vocals change to death-metal style screams, perhaps relating back to the 'death' in Casera Death Trip. The different elements in this song prove that M.A.I.M. are not afraid to push their own boundaries a little.

Thie EP is a truly creative mix of classic metal, thrash, and folk metal. The blend between these genres is practically seamless. The attitude they portray in their lyrics is all about partying to serious metal. It's like a soundtrack of debauchery from 2 separate centuries played simultaneously. Check out M.A.I.M on facebook! Currently all four track from Hosteria can be streamed/downloaded from their facebook page or reverbnation.
Posted by headbanger_71369 at 12:44 AM No comments:

Psychopathic Daze are emerging from the frigid Chicago Winter with a slew of concert dates this month. Spanning 2 states, they start things off tomorrow- Friday, April 11th at Ye Olde Town Inn in Mount Prospect, IL before heading off to Indiana for two weekends packed with show dates. 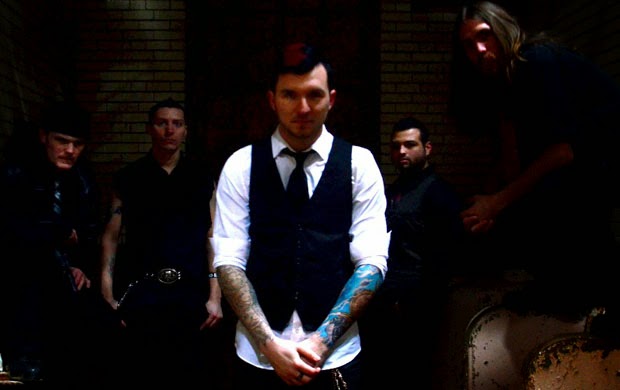 Once they cross into the Hoosier State, they will be playing Friday the 18th at Chamberfest in Kokomo, IN followed by Jerilee's Pub in Lafayette, IN on Saturday the 19th...

The following weekend they play 3 gigs in 3 nights!
Friday the 25th at Berlin Music Pub in Fort Wayne, IN; Saturday the 26th at Centerstage Bar and Grill in Kokomo, IN; and Sunday the 27th at the Beer Fountain in Indianapolis, IN!

Psychopathic Daze are searching for a new vocalist, to replace Morahan who is leaving on good terms, so these might be the last dates you can catch this band with their current line-up!!
Posted by headbanger_71369 at 12:00 AM No comments: