INDEPENDENT BAND OF THE YEAR 2015

Post #317
It is time again to vote and decide the new Independent Band of the Year here at www.happyheadbanger.com. Check out each of the following contestants and vote for your favorite! If you have a couple you can't decide between, you do have the option of voting for more than one. When the poll closes, the band with the most votes will become the featured independent band on this site for the 2016 calendar year. 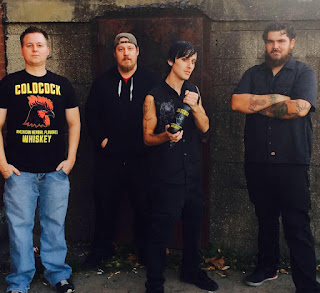 These guys from Indianapolis are tearing things up with their modern Nu-Metal sound. A hardcore vocal style with alternative-metal elements
Check out:
Dollface
Half Life Homicide 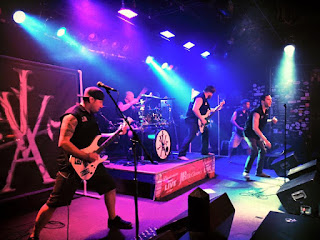 This band has a serious hardcore riff structure and a vocal repertoire to match. Primarily hardcore/death metal music and vocal styles, but they incorporate melodic elements and progressive song-structures.
Check out:
-Royal Bloodshed
-Hell's Gate 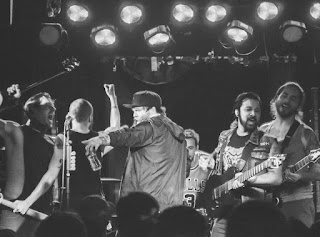 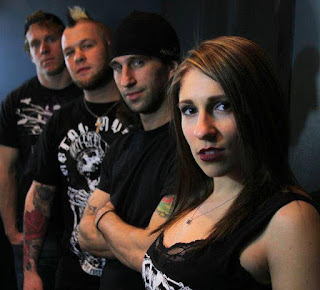 A female-fronted metal band that delivers a great mix of heavy and melodic songs. Beautiful vocal qualities clash with thundering and heavy riffs broken up by melodic guitar passages.
Check out:
-Some Kind of Grace
-Colorblind 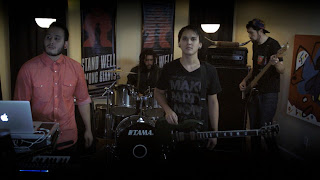 A hardcore metal band with a little something different. A melodic hardcore structure, layered throughout with electronic music elements and percussion.
Check out:
-Pluto of Jupiter

A tight heavy metal band with a full, heavy and balanced sound. Heavy traditional metal that incorporates progressive elements. There is no shortage of technical expertise in the guitar work while the vocals remind me of a fusion of grunge and power metal.
Check out:
-Our Dying Day
-Edge of Darkness 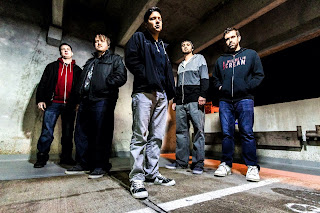 A melodic metal band, with catchy hooks, melodic vocals, powerful hard rock riffs, and thrash-metal elements. These guys are poised for mainstream accessibility.
Check out:
-Giants
-Bridgeburner
Posted by headbanger_71369 at 7:30 AM No comments:

Eliminator... at one point they were dubbed the 'Masters of Speed-Black', back in 2008 with the release of their first full-length album, Breaking the Wheel. Then in 2010 they decided they didn't like being boxed into a specific genre, even if it was a unique one of their own invention, and incorporated several different stylistic elements on their 2nd album The One They Were Waiting For. I've reviewed both of those releases (follow the links above to see more of my thoughts on them!), but their 3rd album, released in 2011, was so unprecedented I feel almost like it rewrote the rules of music for me, or perhaps it is more accurate to say it defenestrated all the rules of music...

In any case, I've wanted to write this review for a long time, and now its time has come. Eliminator's 3rd album: And The Brokenhearted Balladeers 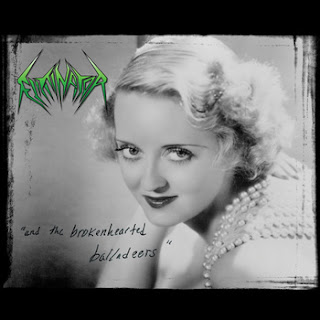 While many of their established fans may shun the music recorded here for its daring new directions and seeming abandonment of the 'speed-black' metal style from their debut, I do believe the open-minded music fan will find this release almost incomparably unique among rock/metal releases in general. The album opens with 'Cuttin' You Down (Switchblade Fighter)', a song that emulates a power-ballad vibe with a raw, almost under-produced sound. Though the recording quality is high throughout, the production seems like the sounds were left in their original state- not doctored up in any way. Guitar music purists out there will love this aspect of the album, regardless of which track they may choose to sample. A power ballad is already a totally novel concept coming from Eliminator, but that's just the beginning...

The second track, 'No Answers' is best described as a hardcore-punk/metal song. It is not quite as intense as their work on Breaking the Wheel, but it's as close as you'll get on this album. Fans from that early Eliminator album may find this to be the only song worth recommending, but I dare anyone reading this to listen to the album front-to-back and then see what you think. It is a listening experience truly unlike any other.

My personal favorite from this album is the third track, 'Near Dark'. This one is much more traditional metal in its approach and execution. Themed after the cult-classic vampire flick of the same name, this song deliveres a more 'metal' subject matter as well. The intro guitar solo will grab you with shredding hooks, and pull you under... Go willingly! You'll thank me for it later.

As 'Near Dark' winds to a close the drums transition in an instant to 'Sex, Drinks, and Music... In My Grave', an old-school rock and roll song, complete with boogie-woogie piano. It almost has a vibe like an ole' west drinking song. The seamless transition from one song to the next brings the shocking contrast of style home with full force. Here again is an instant where listeners will need a moment to process what they're hearing, and ultimately decide for themselves if they like it or not.

The album continues to shift back and forth and sideways between several rock and metal genres. You may start to wonder what they were thinking when composing such diverse music and juxtaposing the songs on a single album, but if you can set that all aside and simply listen... you'll find this to be a very creative, innovative, and above all unique collection of music. Overall, I find And the Brokenhearted Balladeers to be ambitious in its originality; daring in its blatant destruction of walls between the genres of rock 'n' roll, blues, and metal; yet still appeasing in its surprising listenability. An essential recommendation for those with eclectic tastes!

Recommendations from And the Brokenhearted Balladeers:
-No Answers
-Near Dark
-Sex, Drinks and Music... In My Grave
-Amor Fati (This one is also quite unique, even within the context of this album! electric-guitar avant-garde, slow and melodic...)
-Time is On Your Side (Another heavier offering: next to 'No Answers', perhaps the heaviest tune on the album.)