Post #4
When it comes to thrash metal, I often will say either Metallica or Megadeth are the best around (depending on which one has a newer CD out at any given time). But there are times when I must consider Anthrax for this title as well. Every now & then I get back into all my Anthrax CDs and just listen to several of them for a couple weeks straight on my daily commute. Whether its Belladonna or John Bush on vocals doesn't matter to me, I like them both! (although I probably lean toward JB...) When I get in that mood, you'd ask me who's the best thrash-band, I'd tell you Anthrax. In the late 80's they had as much "crunch" in their sound as Metallica, and in the early 90's stayed truer to their thrash roots. So check them out! If you like a bit of high-pitch screaming vocals- try the Belladonna-Era work ('85-'91); for a rougher sounding vocal with a bit of growl- go for the John Bush-Era ('93-...).

The only question for the future of Anthrax is who will sing on their next recording?!? Bush stepped down to allow the Belladonna reunion tour in '05, but has said he doesn't want back in; Belladonna was let go after the reunion tour so the spot seems vacant. Rumors speculate big names like Corey Taylor & Phil Anselmo may take the job.... I just hope they figure it out soon 'cause I want more Anthrax! (even if they just do an EP w/ Scott Ian barking all the vocals, that'd be cool.)

Another appeal of some of Anthrax's music that is stronger than most of their peers is their tendency to have meaningful themes in their songs. Anthrax have often been outspokenly against racism & censorship. Songs like "Schism" and "Keep It In The Family" are probably among the best songs against racism in metal, and there is no better song to protest censorship than "Startin' Up a Posse". They have always tried to keep some current social issues in their music, and should be remembered for it.

On a less serious note, they have also written a number of songs about some of their favorite Stephen King novels*. (I also happen to love reading Stephen King, so discovering these songs was a real treat for me). Aside from the noted songs in my following recommendations, "Misery Loves Company" was also inspired by an SK novel (guess which one!)

Songs:
Metal Thrashing Mad
In My World
Finale
Among the Living* (Based on The Stand)
Caught In A Mosh
A Skeleton In The Closet* (based on "Apt Pupil" from Different Seasons)
What Doesn't Die
Only
Poison My Eyes
Black Lodge
Burst
Armed and Dangerous
American Pompeii
NFL
Intro to Reality/Belly of the Beast
Got the Time
Startin' Up A Posse
I Am The Law
Madhouse (this one appears in Guitar Hero II as well!)

Do you have a few minutes? I hope so, 'cause you'll need them to read this post.
I first discovered KISS in 1988 when "Let's Put the 'X' in Sex" was their current video-hit on MTV's Dial-MTV show. I must admit, this song didn't strike me as the greatest song ever, but it did introduce me to the band I would soon call my favorite.
The following year, KISS released "Hot In The Shade". It was this album that turned me onto KISS for good. Still an MTV child, I saw the video for "Hide Your Heart" on an almost daily basis. At this time in my life I was supporting my fledgling music collection (of cassette tapes!) with my daily newspaper delivery route. I usually could afford 2-3 tapes in a month. I bought Hot in the Shade shortly after the video-hit "Forever" was released. I quickly became a fan of this album and also grew curious to learn more about this band who had 24 albums (that number amazed me).
Around this time, a couple of my Jr. High School friends had been "racing" to see who could collect all of Aerosmith's 15 albums (at the time... Pump was brand-new!) first. I thought this might be a cool idea for my best-friend & I to try with the KISS back-catalog. He was also into the "Hot in the Shade" album, and said "Sure, why not?" Little did we know the monster we would soon create (or rather, uncover!)
And so, over the next couple of years my collection of KISS albums grew. I know the 2nd album I bought was "Unmasked", followed by "Hotter Than Hell". After that I don't recall the exact order I collected them in. In the end my best friend won the race (he beat me by 2 albums if I recall correctly). However I was the first to get their next new album "Revenge", which quickly became our new favorite. Ever since then, I've kept up with any new release by KISS.
It wasn't until my sophomore year of college when the most significant event in KISStory happened; the original members of KISS joined the then-current 90's line-up for an MTV Unplugged performance in New York (KISS' hometown). This was followed by a full reunion, reunion tour, numerous nostalgic compilations, and a new studio recording "Psycho-Circus". It was on the tour in support of "Psycho-Circus" when I finally saw KISS in concert for the 1st time. Since then I've seen them on thier "Farewell" Tour and when they co-headlined with Aerosmith.
KISS now seem to have finally called it quits, but Gene Simmons & Paul Stanley have each released solo material recently. Ace Frehley, probably my favorite original member of the band, has seemed to remain in obscurity, but there are rumors he has new solo material in the works. I'll follow the members as long as they keep writing new music, but for now I should get to my KISS top recommendations:
Albums: Anyone who knows anything about KISS should know what the first album to recommend should be. Ready.... 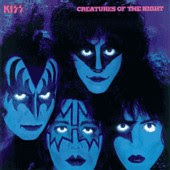 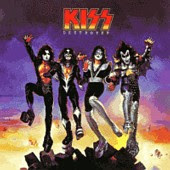 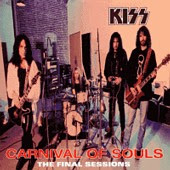 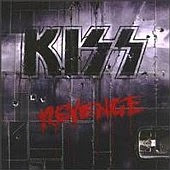 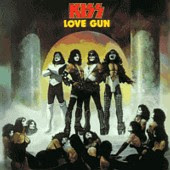 (images from: kissonline.com/ & www.its-official.com/kiss.html)
Posted by headbanger_71369 at 1:07 PM No comments:

Lordi, the Monsters of Rock (literally!) from Finland. I wanted to get this post up in time for Halloween. These guys are for the current generation what Kiss were for the teens of the late 70's, or at least they should be. I've checked out their newest CD, "The Arockalypse", from my local library twice already. They're a great breath of fresh Rock N' Roll-infused Metal, something there's not enough of in today's music. When I saw these guys at Ozzfest this summer it felt like I was discovering KISS all over again. I'm looking forward to adding their albums to my CD collection very soon. Want a monster themed Halloween party this year? Then go get "The Arockalypse" by Lordi!
My recommendations from The Arockalypse:
-Bringing Back the Balls to Rock
-Hard Rock Hallelujah
-The Kids Who Want to Play With the Dead
-It Snows in Hell
-They Only Come Out at Night

Megadeth. Rust In Peace. This is probably the best Metal album ever recorded (imho). I've never been able to compare another heavy metal recording to this one and say, hands down, it is better. Even the often glorified Master of Puppets, by Metallica I cannot bring myself to say tops this one. Ever since 1990 I've been waiting for Dave Mustaine to put out a Megadeth record more intense than this one, and I'm still waiting. The recent rocordings "The World Needs a Hero", "The System Has Failed", and "United Abominations" have been progressing in this direction. Mustaine seems to have pointed his band in a direction toward the ferocious tempo and unyielding thrash that it turned away from after RIP, and these albums should be given a lot of credit for this. However at this point, the level at which I regard "Rust In Peace" might never be surpassed. In the context of Megadeth's back-catalog it is the clear peak of their career. I do concede that "Countdown to Extinction" was more successful comercially, but RIP will alway be the most classic of Megadeth albums to me.

Recommended Tracks:
-Holy Wars... The Punishment Due
-Hangar 18
-Tornado of Souls
-Poison Was the Cure
-Rust in Peace... Polaris

check out: http://www.megadeth.com/discography.php?era_id=4
Posted by headbanger_71369 at 6:23 PM No comments: