Trivium are always one of my top favorite bands. They have continually challenged themselves with each album they've recorded, and keep shifting gears between aggression and toned down melodies. 2017's The Sin and the Sentence is no different. While their last album, Silence in the Snow, was the most melodic one they ever recorded, being practically devoid of the hardcore screams, this latest album brings them back, at least for a good percentage of the songs. The result is a truly balanced Trivium album that shows every strength the band has to offer. It is their most diverse release since 2011's In Waves (previously reviewed here). 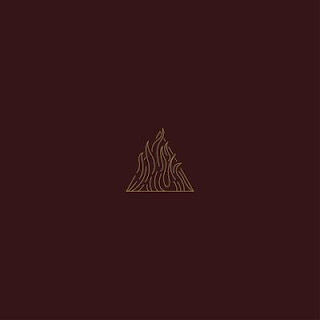 The Sin and The Sentence opens with the title track, and it is a furious metalcore classic- it fades in only to launch into a driving riff with overlayed lead guitar, and Matt Heafy begins with his melodic vocals, but they are complemented by his furious screams at the bridges and choruses. Different passages of the song shift from hardcore screams to melodic singing, while the instruments teeter back and forth in the same fashion. Lastly I must compliment the lyrics. Matt Heafy is a brilliant lyricist in my opinion, and this song is packed with thought provoking lyrics such as: “I know the true monsters lie between the light and the shade.”

From there each song brings a new formula, or a new combination of their bag of tricks, so that each track is unique in its own right. By this stage of their career, Trivium have become such craftsmen of metal music that nearly every song is a work of metal mastery.

Their first single from the release was The Heart From Your Hate. This song was an instant favorite of mine when I first heard it, and it remains so today. It’s the kind of song I can’t hear without upping the volume a bit. I always like to think this song carries an anti-racism theme, and picture the lyrics as  challenge to anyone who hates, “What would it take to rip the heart from your hate?” Truly, in today’s times, there is no room for hate.

I cannot really find a song on this album I would not recommend. So bear this in mind with my following recommendations. By no means should you stop with these, but rather use them as a starting block with which to delve into the entire album. These may be my personal favorites, and the best of the best, but that is not to say the rest of the tracks are not great as well!

Recommended tracks:
-The Sin and the Sentence
-Beyond Oblivion
-The Heart from Your Hate (see official music video below)
-Sever the Hand
-Beauty in the Sorrow
-Thrown Into the Fire

Posted by joelabeverley at 9:35 PM No comments:

Diamoth are a Christian Black Metal band form Arica, Chile. This may seem an oxymoron of sorts, as the term 'Black Metal' originated to describe bands with anti-Christian views. Therefor a more accurate description for Diamoth (or other bands in this situation) would be 'Unblack Metal'. By virtue of the genre's definitive vocal style consisting of screams and shrieks, to the casual listener the majority of lyrics seem unintelligible. For listeners who go for the overall feel of their music, and put less concern on the specifics of lyrics, they may appreciate black metal and 'unblack' metal equally.

Nonetheless, Diamoth identify as 'Christian Black Metal', and deliver their heavy and demonic-sounding metal with the best of them. What I particularly like about their sound is that they hang onto many stylistic elements from the early days of death metal: riffs that build, progress and move the music. Tempos that show variation- they have several slower-tempo grinders in addition to the faster-paced thrashers. Many of their songs remind me of early-80's Sepultura. 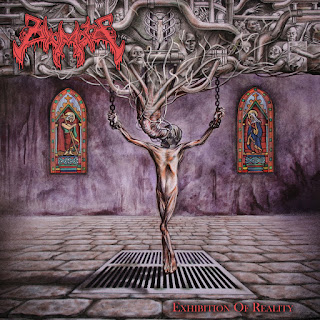 Exhibition of Reality, their newest release, is a 'Black Metal' style album with its claws dug into the thrash-influenced origins of the genre. My aforementioned similarity to Sepultura is highly present throughout Exhibition of Reality. A true benefit to getting the physical CD copy would be the fact that they include scriptural inspiration for each song in the liner notes.

Recommended tracks:
-Awakening (This song is the first on the album and kicks you in the teeth with speed-driven riffs!)
-Pride and Powerless (This one is one of the slower grinding songs. It has a lot of riff changes that give it an almost progressive vibe)
-Preacher of Lower Passions (This one starts with a slow intro, but soon kicks into high gear and is a great, riff-fest of a thrasher!)
-Baal (The album's closer- this is a mid-tempo grinder with chugging riffs. They do have a lyric video for it on youtube. See the link below!)


(review copy of Exhibition of Reality provided by Peter Smith of Frozen Tundra Records.)
Posted by joelabeverley at 7:00 PM No comments: