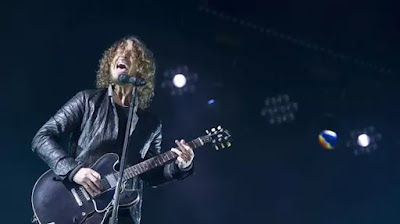 It is never easy to hear about a beloved musician passing away. On Wednesday, May 17th, we lost Chris Cornell, the founder and front-man of Soundgarden, and Audioslave, when he tragically took his own life. I heard the news the following morning.

I was shocked. I was in disbelief. I couldn't believe it fully until seeing a credible report with my own eyes. I still didn't want to believe it. I still don't...

How do I say what Chris Cornell's music meant to me? I was not a fan of grunge when it first came along. As an MTV kid, I wasn't into their music videos, and I didn't buy into the Seattle grunge bands nor the alternative rock scene until years later. But the seed that planted an appreciation for it in my mind wasn't from Pearl Jam, or Alice In Chains, or even Nirvana. There was no video that sold me. No radio single that caught my ear. Rather it was an automatic 'selection of the month' shipment from one of the mail-order music clubs I forgot to respond to (I think it was Columbia House, but it could have been BMG- remember those?) It was Badmotorfinger- by Soundgarden. I might have heard 'Jesus Christ Pose' once or twice, and not particularly cared for it, but the opening track, 'Rusty Cage' had me hooked.

Badmotorfinger grew on me as a whole. After just a couple listens through it, front-to-back, I had numerous favorite songs, and had become fan enough that when SuperUNKNOWN hit a couple years later I was ready for it, and would follow Soundgarden, and Chris Cornell, through all his other projects and bands from that point on. His songwriting and vocal abilities were so unique, so versatile, and appealed to the fan in me that appreciated heavy music, strange music, acoustic music, melodic music, grungy music... and now that voice has been silenced.

Remember Chris Cornell through his music, celebrate his life through his lyrics, and reach out to support those in your own life who may need help, who may be struggling with depression, or any challenging issue, health related or otherwise. Life is precious.

I for one will miss his voice, and mourn the loss of all his words and songs that will forever remain unwritten.

My own memorial playlist for the late legend, Chris Cornell:
-Burden In My Hand
-Hunger Strike
-Mood for Trouble
-The Day I Tried to Live
-Room a Thousand Years Wide
-Doesn't Remind Me
-Can't Change Me (acoustic-live)
-Fell On Black Days
-Mind Riot
-Original Fire
-Loud Love
-Like A Stone
-Rusty Cage
-I Am The Highway
-Thank You (Live)
-Nothing Left to Say But Goodbye
-Say Hello 2 Heaven

...and since I can't stop there, here are a few rarities and covers Chris Cornell has done recently that are fitting testament to his captivating vocal abilities.

This Saturday, May 20th, 2017, Independent Band of the Year PROUDEST ANGEL return to the Chicago local scene, performing an all-ages show along with Johnny and the Rocks and Sinister Fate at Damien's Den, 13445 S Brainard Ave, on Chicago's south side! 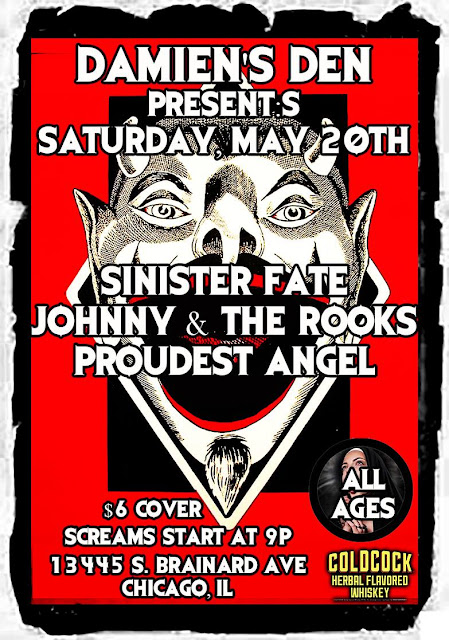