Iotunn are a metal band from Copenhagen, Denmark. I don't add them to any subgenre of metal off the top of my head, and their own page cites 'all the history of metal' as their influence. Indeed there are several styles you can hear them drawing from by just listening to one song. Perhaps the closest style you could put them in is power metal, but they have an edgier sound than a stereotypical power metal band. They do not quite approach the extremity of 'hardcore' metal, and although they're close to thrash, their music contains a few lighter elements so that's why I leave them as undifferentiated 'metal'. 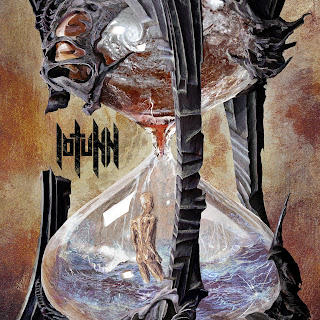 The Wizard Falls is Iotunn's debut EP. It is also produced by Flemming Rasmusson, renowned for his production work on some of Metallica's early albums. Right away the title track gives you an impression of their sound: deep heavy riffs, soaring lead guitars, and a clean vocal style to match. The next couple tracks follow pretty much the same formula, but the last track, Frost, has a melodic, clean guitar intro and a more progressive song structure that shows more versatility from Iotunn.

For an independent release the production on this EP is fantastic. Each and every track is dripping with quality. Their sound is powerful, but infused with elegance and sophistication. If there is anything to hold them back from major success in the near future, I don't hear it. Check out this band. Stream this EP on their website or social media pages, download the tracks or buy it on CD. You will thank me for it.

And here's a little bonus. Their documentary of the making of this EP (with English subtitles).

There's an Iron Maiden song that says 'Only the Good Die Young', and the phrase could not be more true for Brian O'Callaghan, who played bass guitar in Sutured Psyche for several years. Brian lost a 3 year battle with cancer on October 13th. He was an upbeat person who always brightened the room he was in. Anyone who has ever met him remembers him fondly. 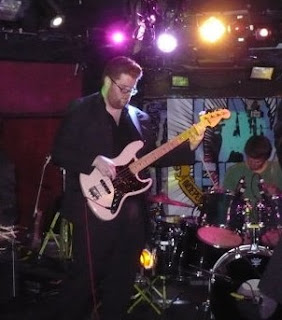 Though he was taken from us far too soon, his memory will live on through his friends, family, and band mates who remember him fondly, as well as through the music he created and performed on the local scene in Chicago and the surrounding area. Sutured Psyche recorded an EP, 'Bastard Nation', and 2 live recordings, 'None the Wiser' and 'One for the Road'. You can find these recordings through Sutured Psyche's various online websites and music outlets. Brian played on each of them. The best song to highlight his talent on the bass guitar is perhaps 'Crecy'. Live versions of that song are on each of the live recordings mentioned above.

If you were lucky enough to have seen Brian perform with Sutured Psyche, or even better, to know him as a person, then you know what the world is missing now.  His family and friends are mourning his loss, as well as the local scene in Chicago. He may not have been a 'spotlight' type of player, mostly content to stay in the background while his band mates drew the attention of the crowd, but he was an integral piece of the bands he played in. In that respect, he was like a 'quiet legend' on the north-side local scene.

If you want to track down the music that Brian created as a part of Sutured Psyche then visit some of these links:
Facebook
Reverbnation
Bandcamp
Myspace
iTunes

If you want to contribute to a cause in his honor, the family has asked for donations be sent to The Lynch Syndrom International- PO Box 19, Madison, CT 06443
www.lynchcancers.com 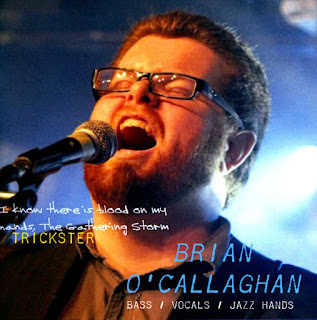 It is time once again for the Independent Band of the Year poll here at HappyHeadbanger.com! From now through November 15th the poll is open for voting. This year we have a field of bands that in addition to the music scene in Chicago and the surrounding ares, also reaches out to some countries in Europe! I think you'll enjoy all of these bands if you take a couple minutes to listen to a song from each of them. Vote for your favorite! Vote for a couple favorites! Share with your friends and on your favorite social media platform. At the end of the polling period, only 1 will become HappyHeadbanger's next Independent Band of the Year...

-DISSONA (Chicago IL, Progressive Metal)
This band is a progressive metal band from Chicago who put their own spin on the tones and song structures that you can have in metal. Parts of their songs sound like some elements of thrash, or ambient progressive rock, or hardcore, or symphonic metal, but then they go beyond and deliver something completely new. 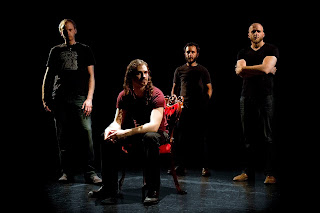 Check out the song 'Another Sky'

-OCCULT DECEIVER (Indianapolis, IN, Blackened-Death Metal/Thrash Metal)
This Indiana band is perhaps the most extreme metal band I've featured yet. Their vocal style ranges from the true guttural growls of death metal to the shrieking screams of black metal. If death metal is your preference, you need look no further. Check out Occult Deceiver and prepare for some serious extreme metal! 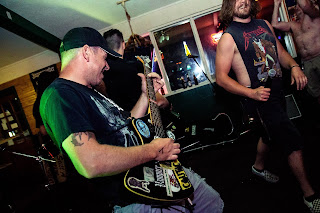 Check out the song 'Shattered Soul'

-ARES (Indianapolis, IN, Metalcore/Hardcore)
This band is a metalcore band in a style similar to bands like Fit For a King, or The Devil Wears Prada. Ares keep the vocal ratio heavily in favor of the hardcore screams, but melodic vocals are interspersed here and there. 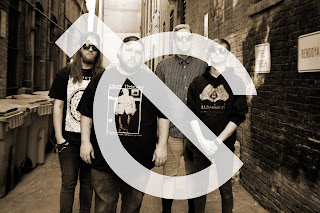 Check out the title-track from their new CD, 'Fall of the King'

-EVIL ENGINE (Chicago, IL, Punk Rock)
This band delivers Punk Rock music akin to Bad Religion, with the twist of a female vocalist. They hit on all cylinders and fuse raw emotion with riffs and melody. 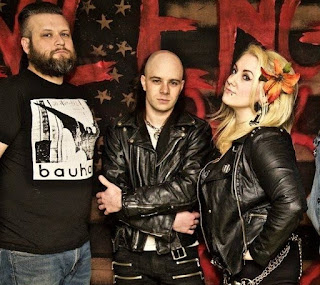 Check out their song 'Father'

-PROUDEST ANGEL (Chicago, IL, Metal/Hard Rock)
This band hits you with a raw and heavy tone, rocking out riffs that are right between a heavy punk rock and groove metal. Some melodic guitar phrases bring texture to a couple songs, and a deep vocal melody round out their formula. 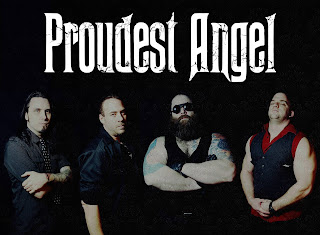 -Check out their song 'Civilly Feral'

-WARG (Zaragoza, Spain, Epic Thrash Metal)
This band from Spain call their style 'Epic Thrash Metal', and true there are thrash riffs at the base of each song's foundation, but they incorporate elements of hardcore, folk, symphonic and operatic metal into different songs. Hearing is believing, so click the link below to hear for yourself 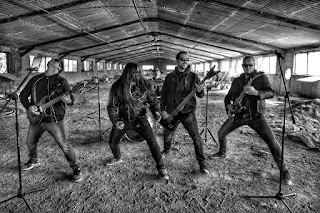 Check out the song 'Ancient Times'


-SUFFER NO FOOLS (Ealing, London, UK, Metalcore)
A melodic metalcore band from the London area of the UK, Suffer No Fools mix it up with some heavy riffs, melodic phrasing, clean tones, and a scratchy vocal performance that sometimes could fit in with 'post-grunge'. 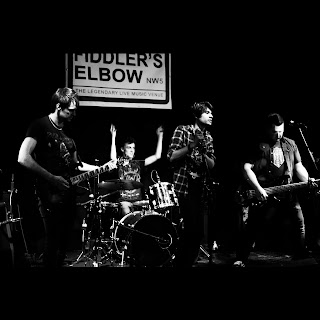 Check out the song 'Prey'


Click the box next to your favorite band(s) in the right hand column to record your vote. Share this link with more and more friends to spread the word and encourage them to vote as well!
Posted by headbanger_71369 at 2:21 AM No comments: