Post #89
All That Remains are a metalcore band from Springfield, MA. Under the production guidance of Killswitch Engage's Adam Dutkiewicz they've become a solid part of the east-coast melodic-metalcore scene. In fact their lead singer even auditioned for Killswitch's vocal spot back when they decided to go with Howard Jones. As their sound has evolved over their last couple albums, they've increased the use of melodic vocals in their music, while their guitars & drums have remained brutally heavy.

I first discovered them at Ozzfest '06, when they were supporting their album The Fall Of Ideals. I've also seen them more recently at Mayhem Festival last year.

I must confess that I was not an instant fan when I first heard them. I thought them just another hard-core/death-metal band with too much screaming and not enough molody for my tastes. The riffs were heavy and the drums simply brutal, but back in '06, I wasn't quite feeling that vibe in metal...

A couple years went by and they were on the bill of another summer heavy metal music festival I was planning to attend. However the key was their new album, Overcome. For me, this was the type of album I needed to fully gain an appreciation for this band. It helped that their single,"Two Weeks" was getting some air-play on my local rock & metal radio station. As is usually the case with me, it was the guitar solo that caught my ear. Give me a good guitar solo and a bit of melody in the riffs & vocals and I'm usually happy.
Unable to get enough of this song, I went out and bought the CD. Then I noticed their Fall Of Ideals album right behind Overcome, with the sticker advertising Ozzfest 2006 still on it. Then I realized why their name sounded familiar. Eventually I bought that CD as well. Of the two, Overcome is much more melodic on all levels. It's primed for more mainstream listeners. Lyrically, All That Remains seem to focus on self-empowering themes. Strength, resiliance, and integrity in the face of adversity generally sums up what All That Remains are all about.
So now I see their direction more clearly; blending death-metal screaming vocals with melodic, almost 80's-metal style vocals, while the guitars & drums follow the same contrast; beautiful clean & pretty melodies one second, blast-beat & bone-crushing heaviness the next. Depending on which song you're hearing from All That Remains, the two extremes are present in varying ratios. There are a lot of bands out there that blend the screams with melody as well, but All That Remains really have a unique formula that stands out a bit.
My suggestions from these two albums:
The Fall Of Ideals 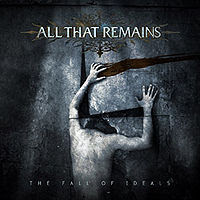 -This Calling (A viscious scream kicks off this song, but the chorus is very melodic!)
-Not Alone (A great melodic guitar solo here, mixed between the shredding riffs)
-Whispers (I Hear You)
-The Weak Willed (This one contains elements of true death-metal vocals, but again it's tempered by melodic guitars towards the end...)
-Six (Great melodic break-down segment in this song!)
Overcome 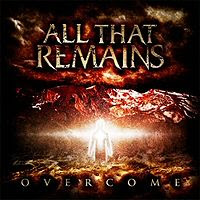 -Before The Damned (This one is probably the heaviest on this album, the rest of the tracks are more melodic...)
-Two Weeks (Still one of my favorites!)
-Forever In Your Hands (this one could be called a power-ballad, heavy on the 'power' of course!)
-Chiron
-Believe In Nothing (This is a cover of a song originally by Nevermore)
Posted by headbanger_71369 at 1:37 AM

Labels: All That Remains, Metalcore