Interview with Psychopathic Daze- Independent Band of the Year...

I recently took the time to ask a few questions of Psychopathic Daze, current Independent Band of the Year, to find out a little more about them, their imminent plans, some background, and near-future plans. Here is what they had to say.... 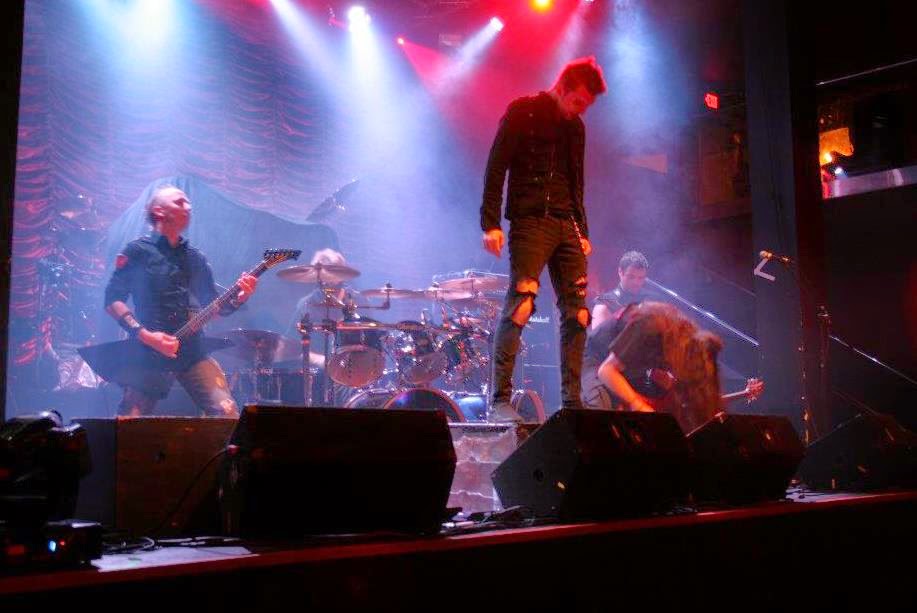 HappyHeadbanger: How did Psychopathic Daze get started?

Psychopathic Daze: Psychopathic Daze started back in early 2010. One of the original guitarists wanted to put a band together more or less to just have something to do, and to play heavy metal, and so he put up a few craigslist ads. Ken (vox) and the original drummer both responded, and everything was a good fit musically, so PD was born. The band quickly grew to be more than just "something to do." Since then, there have been a bunch of member changes, but the core belief of the band has not changed. All we want to do is write and play heavy metal. Like us, hate us, or whatever, we're doing what we love, writing music we want to hear. That won't ever change.
How did you come up with the band's name?

The band had a few band name ideas that were being thrown around in the very early days. The first song what was completed was the song "Psychopathic Daze." It seemed like a good fit for a band name, and it just kinda stuck.

Your style seems to be a solid mix of hardcore and groove metal. Are there any national bands that were a specific influence or inspiration for you?

I think it's impossible for any band to not be influenced by someone on some level. We all have our specific influences, from Lamb of God, As I Lay Dying, Threat Signal, Chimaira, Slipknot, Killswitch Engage, Meshuggah...I could go on. We all have slightly different tastes in metal, and so we all bring a different influence and opinion to the table. That all said, we don't try to write anything to sound like this band or that band. We are who we are, and we write what we want to hear. If a certain riff happens to sound like another band, well, it's unintentional, and bound to happen at some point, no matter who you are. But I think bringing all the different influences together and kinda throwing it all into one big pot has helped us establish a unique sound. I guess you could say we sound like a lot of metal bands, and none of them, all at once!
From your album artwork, lyrics and subject matter it seems you're all into the horror culture. Is that true?

To a point. Metal as a genre is generally a darker sound. I think we all like a good horror movie, but none of us are really swept up by it. It's just one of a million influences.
What are some of your favorite horror films, books, or TV shows?

I mean, all the classics. Nightmare on Elm Street, Friday the 13th, The Texas Chainsaw Massacre. Some of the newer ones weren't bad, like Insidious. I like the more creepy vibe in that one, vs the cheap scare that seems to be a theme lately.
Back in 2011 you released a full-length debut album, and last year you did an EP. Can you compare the recording experiences for the two?

Comparing those two experiences is kinda like comparing the Saturn V rocket to the Millennium Falcon. The first album, we were young, broke, and pretty ignorant as to the whole recording process. We didn't use a click, we didn't spend enough time setting parts, did no pre-production... just kinda went to the studio and threw it down. The first album has a very raw, unpolished sound to it because of that. With the EP, we knew we needed to step up our game. We spent the time doing actual pre-production, laying out parts, making sure no one was stepping on anyones toes. We hired Daniel Castleman (As I Lay Dying, Trivium, Winds of Plague) to engineer and produce the album. We were definitely better prepared for the EP, knowing what to do different from the full length. We learned what works and what doesn't, and applied that. Next time, we'll take what we learned from the EP and put that towards the next album. It's all about learning and getting better.

Which will you do next, a 2nd full-length album or another EP?

We haven't decided yet. We've barely toured to support the EP, so that's our main focus right now. We'll probably at the very least finish out 2014 playing as much as we can, and late this year or early next year sit down and plan a new record. But it's still too early to tell.
I see you have some tour dates coming up in April. Do you have any other plan in the works for the Summer and Fall of 2014?

Currently we're booking as much as we can. April is filled up, and May is filling up. June sees us playing a couple of festivals, and that's pretty much as far out as people are booking locals right now. We're constantly looking for shows, so I'd expect for us to be pretty busy throughout 2014.
Thanks for taking the time to answer these questions!