Post #20 (Poll Winner: Fovorite Epic Rock Song from the 70's)
In 1965, Bob Dylan released "Like a Rolling Stone" as a single. It was a #2 billboard hit, and the first song longer than 6 minutes to reach that level of the top 40 chart. It was a true turning point for rock music. It broke down the door for recording artists, and made the record industry realize that song length really wasn't as big a deal as previously believed. Long songs became more common over the next few years, and by the time the 70's were in full swing, it seemed almost every big-name rock band had an 'epic' rock-song hit.

The most memorable of these long rock songs has to be Led Zeppelin's "Stairway to Heaven". I've talked with some people from my parents' generation about this song, and without fail, they say how it dominated the airwaves seemingly forever. The song has permanently attached itself to the early 70's era, and is one of the most intricate, and expertly crafted hard-rock songs of all-time.

It's a cultural phenomenon within itself. Remember the scene from the movie Wayne's World, where the guitar-shop owner stopped Wayne from playing the opening notes of "Stairway" because a sign in the store declared: "No Stairway to Heaven"? Don't forget my mentioning the compilation CD, "Stairways to Heaven" from my previous Led Zep post: a collection of different interpretations of the classic song.

I'll leave you with this quote that closes the song:
"And as we wind on down the road
Our shadows taller than our soul
There walks a lady we all know
Who shines white light and wants to show
How everything still turns to gold
And if you listen very hard
The tune will come to you at last
When all are one and one is all
To be a rock and not to roll."
Posted by headbanger_71369 at 9:03 AM No comments:

Green Day are a neo-punk band that jumped onto the scene in the mid-90's and fell under the over-used blanket category of "alternative". Their songs are short fast & fun and often poke fun at a variety of social & political issues. Each Green Day album was pretty much a repeat of the previous with minimal variety... until 2004's(?) American Idiot!

Listening to Green Day on St. Patrick's day is a mild tradition for me. During my college days I used to wait until March 17th to go out and collect the next Green Day album. So if you feel like "going Green" on the one day of the year when everyone is Irish, give Green Day a listen.

My recommendations for Green Day are from my personal Green Day mix CD, "St. Patty's Day Parade" (Yes, all of the following songs will fit on one 80 min CD-R):

Post #18
What better way to kick off the 7th month of my blog than by reviewing Avenged Sevenfold?

I first discovered Avenged Sevenfold when their single for "Bat Country" hit the radio like a hurricane. All I needed to hear was Synyster Gates' guitar solo and I was instantly hooked. I craved hearing this song on the radio on a daily basis, often sitting in my parked car for a few extra minutes to see if it would be the next song they played. I thought to myself, "I finally found a new band with a phenomenal lead guitarist!" I instantly regarded Gates as the best lead guitarist of the current generation of Metal. (I should note that this was mere months before I would discover another band called Dragonforce, who would quickly overtake this title. More on them later...)

When Spring came around I received Ozzfest tickets for my birthday, and A7X were on the bill. I had already found their City of Evil CD, and now made a point to go collect Waking the Fallen as well. I gave both these CDs plenty of listens before attending Ozzfest, and must admit I like City of Evil much better. At Ozzfest, this was the album they played the most songs from, and their stage show was very cool also. Their logo (a skull with bat-wings) was set as the backdrop with red glowing eyes. During their final number, the wings began to flap and the skull rose high in the air, spewing smoke from the mouth.

Recently, A7X have released their 4th full-length album, simply titled "Avenged Sevenfold". I've been able to check this out from my library (twice now), and it lives up to the standard of their previous work, and then some. It is by far the most versatile sounding album by this band, as they incorporate more keyboards, and music styles. I have only high hopes for Avenged Sevenfold as their career develops. I have some good recommendations from the 3 albums I've mentioned in this post... 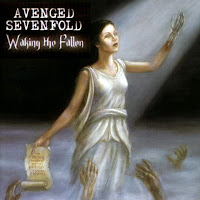 From Waking the Fallen:
-Chapter Four (my personal favorite from this album)
-I Won't See You Tonight (Parts I & II) (A versatile piece of work that somewhat foreshadows the direction the band's music would take)
-Clairvoyant Disease
-And All Things Will End 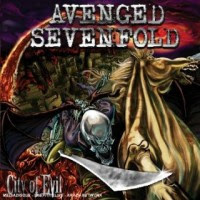 From City of Evil:
-Beast & The Harlot
-Bat Country
-Burn It Down
-Betrayed 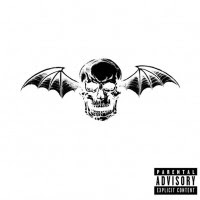 From Avenged Sevenfold:
-Critical Acclaim (A7X tackle some political commentary in the lyrics of this song)
-Almost Easy
-A Little Piece of Heaven (This is a very head-trippy song. It sounds like a song that could have been co-written by Dream Theater & Edgar Allen Poe)
-Unbound (The Wild Ride)
-Dear God (A7X bring elements of country into this song, and the result is a whole new beast of a song!)
Posted by headbanger_71369 at 8:39 PM No comments: