Chunkasaurus are a space-rock/stoner metal band from British Columbia, Canada. This genre has sprouted numerous popular bands in the last 10 years or so, and Chunkasaurus are on par with several well-known acts of similar sonic formula. A sub-genre of rock and metal music whose modern roots go back to bands like Queens of the Stone Age, Kyuss, and Monster Magnet; stoner rock has become more ubiquitous in the underground, and continues to branch into the mainstream.

Chunkasaurus hold true to the core elements of the genre: heavy low-end distortion, fuzzy guitar effects, scratchy vocal delivery and classic metal guitar soling. More specifically, they are also among the legion of bands on an endless quest to recapture the sound and vibe of the early albums by Black Sabbath. To what degree they achieve this lofty goal is of course up to the listener to decide. 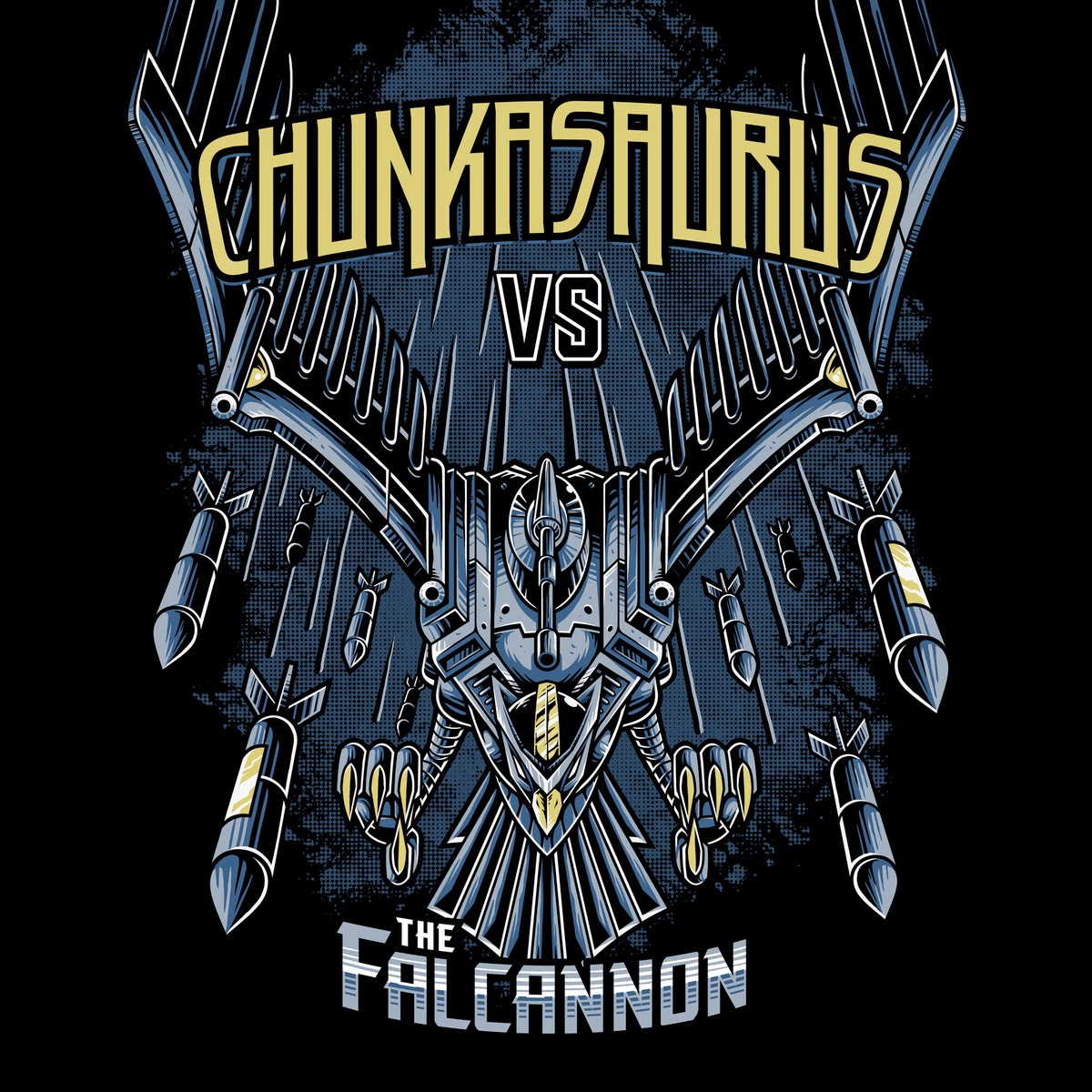 Their 3 track EP "Vs. The Falcannon" is a short but concise offering that gives you a good idea of their direction, attitude, and style. The influence of that primal, sludgy metal sound pioneered by Sabbath more than 40 years ago is apparent on this collection. They deliver a raw sounding, heavy mid-to-high-tempo rock sound with many elements of classic heavy metal infused throughout.

With these three tracks Chunkasaurus give us high-tempo stoner-metal rockers. On the opening track, 'The Geezer', they are calling out modern music trends, saying 'Today's music ain't got no soul'... The song is one that justifies itself, as the riffs are delivered with a raw emotion and raw power. All three songs provide that low-end heavy groove that stoner-metal is know for. In some places they add a breakdown segment, where the tone and tempo shift slightly. In most cases this creates a somewhat psychedelic ambience, then a lead guitar comes in and eventually leads the song back to the verse and musical theme.

Here are the tracks from 'Vs.The Falcannon', available for 'name your price' download at their Bandcamp page:
-The Geezer
-A Storm to Rage
-So What? ... We're Odd! 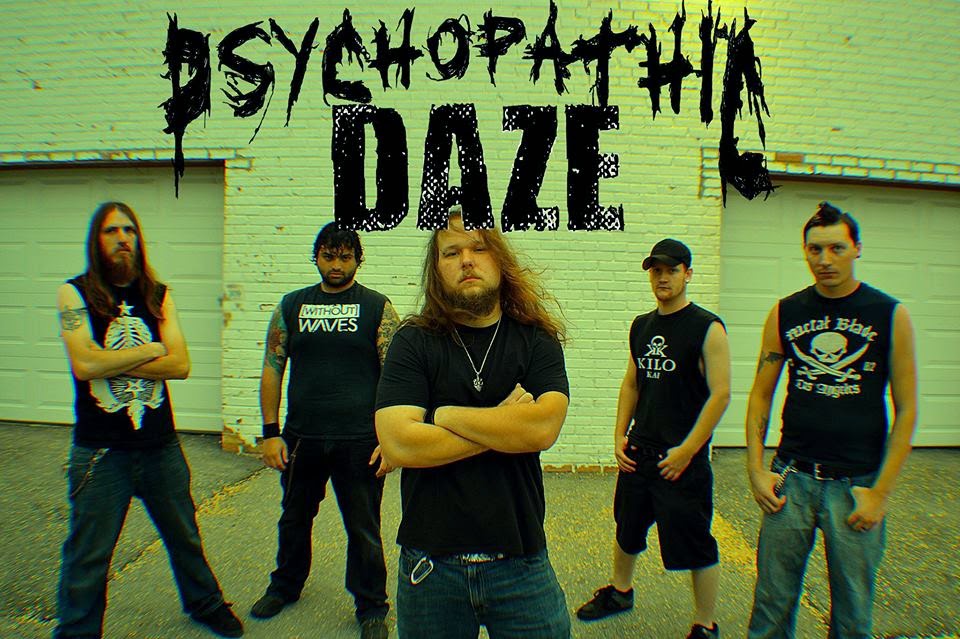 Independent Band of the Year PSYCHOPATHIC DAZE have a pair of shows coming up this weekend...
Don't miss you chance to hear these hardcore-thrashers live.
Friday, September 19th they play Chicago's Elbo Room, along with Bloodletter and Driven Under.
Saturday, September 20th they head out to Lafayette, IN for a show with 50 Six Feet at Jerilee's Pub!
Posted by headbanger_71369 at 3:30 PM No comments: