With the closing of the poll, the bands that advanced to face the #1 seeds in the four respective genre-blocks were: DANZIG, THE WHO, STONE TEMPLE PILOTS, and DEATH. Respectively, voters eleminated some very talented and influentail bands: ALL THAT REMAINS, EVANESCENCE, DEEP PURPLE, and TYPE O-NEGATIVE. It should be pointed out that these results were 100% in line with the Heavy Metal Madness Selection Committee's preference, as in each case, the band that came out ranked 16th, bested the band ranked 17th. The smallest margin of victory was DANZIG over TYPE-O-NEGATIVE, where DANZIG collected a tie-breaking vote in the last hours of the polling window, making the final vote-count 20-19!

So, as we dismiss these 4 bands form this tournament, I'll leave you with a selected song or two from each. Just a reminder of the talented musicians you ultimately decided against for the chance to be crowned the "Best Heavy Metal Band" of all-time...

All That Remains:
-Hold On

Evanescence:
-Bring Me To Life

Deep Purple:
-Smoke On The Water 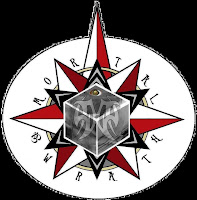 After Mortal Wrath won this year's annual competition of independent bands, I welcomed them to the blog, and posted their main website as a link in the 'Honorary Vice President' side-bar. Now it's time to take a few minutes and focus on their music, the reason they're on this blog to begin with.

Since they do not yet have a hard-copy CD release at this point, I'll be reviewing the music they have available to stream online through their website: http://www.mortalwrath.com/. If you follow the link, you'll be greeted with a sample of their music, and follow the tab labeled 'music', and you'll have 10 tracks available for previewing. The heading will tell you 'Progressive/Power Metal', and that's what you're going to get with Mortal Wrath!

Listening to their music, I hear a lot of influence from mid-2000's power metal (like Blind Guardian, and Hammerfall), but also some more classic influences (like Iron Maiden, Judas Priest, and especially early Queensryche). They use the tone of power metal, and add to it some elements of progressive-metal for song structure. The result is usually some speedy and intricate major-key riffs, plenty of melodic-yet-heavy virtuoso guitar solos, and soaring vocals that recall some of progressive metal's finest singers. Case-in-point: the first time I ever heard Mortal Wrath, their vocalist, Tommy Fields, reminded me so much of Queensryche's Geoff Tate, that I went back and played their debut, self-titled EP for about a week.

These 4 guys from Romney, WV, have a good thing going for heavy metal, if you ask me. I've heard they plan  on recording some of their songs for an official release in the coming year, so mark their website for future reference, and follow their facebook page so you won't miss out.

The Happy Headbanger's top picks:
-Law Under Grace (My top pick for Mortal Wrath. Up-lifting speed-metal. It would almost fit in with DragonForce on you ipod... download it & try it out!)
-Lest Thine Eyes be Single (Straight forward progressive-power metal, just like they claim. Great guitar soloing on this track...)
-The Single Projection (A thrashy, heavy tune with melodic chorus)
-The Absence of Mystery (A slower, somber song. Here's a different side of Mortal Wrath, and an exhibit of their versatility.)
-Morningstar Crusade (This song has a bit of everything, as it balances slow, melodic passages with faster heavier ones.)
-Carnivorous Aspect (Here is a song that sees Mortal Wrath pushing for a heavier sound. Riffs on this one are almost bone-crushing. The vocals are delivered a little harsher too, but still within the power-metal style...)
Posted by headbanger_71369 at 9:33 PM No comments:

Post #179
Hello again readers!
This is just a reminder that if you would like to be eligible for prizes in the HEAVY METAL MADNESS 2012 contest, please request/submit your completed brackets by January 15th, 2012!

The contest is heating up, with the first 8 matches of the first round underway. Over 50 entries have been collected so far. At least the top 5 entries, at the end, will receive prizes in the mail after the madness is over, and Champion of Heavy Metal bands is crowned. I encourage any of you who may already have entered the contest to spread the word to family and friends this weekend, and try to pull in some more entries.

Another reminder: Don't forget that ROCK AMERICA (music memorabilia retailer), has agreed to sponsor this contest with a $20 gift card. This will be awarded to the top overall bracket prediction in a prize-package. For a sample of the kinds of products they have available, here are some examples, featuring the #2 Seeds from each quadrant of the Heavy Metal Madness Bracket: 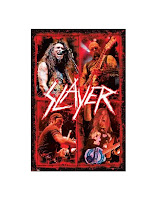 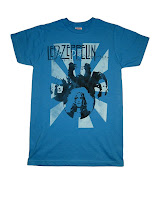 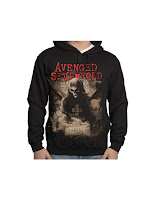 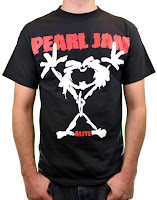 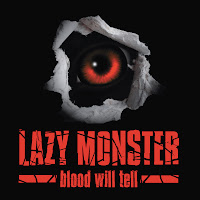 Lazy Monster are an independent band from Cantu, Italy, who have just recently recorded their debut album Blood Will Tell. These guys deliver great, upbeat, hard rockin', classic-rock-inspired metal! I have often mentioned that I have always appreciated the late-80's hair metal era, and with Lazy Monster, I can hear some influence from that era in their sound, but with a modern spin on it. Think Buckcherry meets Tesla, or BulletBoys. They also display a 70's-style, classic rock sound at times.

The album kicks off with 'Flight of the Phoenix', a real up-tempo number. The main riff brought back memories of the late 80's right away. Specifically I was reminded of similar sounding riffs of the likes of Dokken, Tesla, or early Queensryche. Then the singer came into the mix and I was thinking he could have been in Deep Purple if he was from that time. The second track, 'Pull the Trigger', slows it down a bit, but the guitars scream through the speakers with the same timeless feel of classic hard-rock. In the middle of the song they cut to a clean-guitar breakdown, showing us some versatility.

The next several tracks keep the album chugging along with a very consistent sound and style. Lazy Monster may be inspired by a classic era from rock music's history, but they use this inspiration to revitalize the essence of rock n' roll in a modern context.

Just when you think you've heard everything in their bag of tricks, the 9th track, their namesake 'Lazy Monster', is a real change of pace for the album. This song is just different enough, that you are forced to give it your full attention. This song has a bit of a haunting feel. Here is where we get a peek at the dark-side of this band. 'Lazy Monster' (the song) proves Lazy Monster (the band) is not just a one-trick pony.

Lastly, the album closes on a high note again, as they hit us with a modernized, heavier interpretation of The Who's classic 'Baba O'Riley'. Can you imagine the synthesized parts of this song shredding out from an electric guitar? They crank out this number with heavy and raw emotion that shows you in one instant their inspiration from the past, and their direction for the future. I'm not sure where Lazy Monster will go from here, but wherever it is, its going to ROCK!

My top picks from Blood Will Tell:
-Flight of the Phoenix (Fast, hard-rocking jam to start the record...)
-Pull The Trigger
-It Is For Me (A mid-tempo number, guitar solo has a lot of groove!)
-Chase It Down The Highway (Another high-tempo rocker. My top pick, if not 'Phoenix')
-Lazy Monster (a little bit of the Dark Side of  the band. A breakdown late in this song fades out to just bass & drum, then the song builds back up.)
-Baba O'Riley (A nice interpretation, a 'must-hear' track!)
Posted by headbanger_71369 at 12:30 AM No comments:

ALL THAT REMAINS-For We Are Many 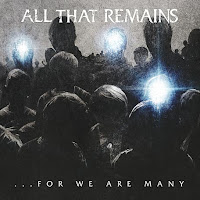 Massachusetts metalcore veterans ALL THAT REMAINS have again proved themselves masters at fusing hardcore with melodic metal on their newest album, For We Are Many. With this release they manage to simultaneously hang on to their radio-friendly melodicism and reach back to some of their more hardcore roots.

For production, they also went back to Adam Dutkiewicz (from Killswitch Engage) who had previously produced their albums The Fall of Ideals and This Darkened Heart. For 2008's Overcome they had chosen Jason Suecof for production. How much credit Dutkiewicz deserves for the resurgence of hardcore elements on For We Are Many I cannot say. Whoever's decision it was, I can say this; it works. And it works very well!

...For We Are Many is a modern masterpiece of melodic metalcore at its finest. Vocalist Phil Labonte keeps a finger on the pulse of modern melodic metal with his infectious melodies, but on many tracks he draws on his inner fury to bring menacing screams and growls into the mix. The best songs on their latest release exhibit a perfect balance of the extreme and mainstream vocals within them. If you are asking yourself how this can work, you obviously have not listened to this album.

Beyond the vocal style, which by now has become All That Remains' trademark, there is the equally impressive lead guitar work by guitarist Oli Herbert. Herbert is quickly becoming one of my favorite guitarists of the current generation of metal's 6-string slingers. The guitar solos on For We Are Many perfectly maintain their balanced attack on your auditory senses. Intense, melodic, masterful, classic. I am tempted to say 'timeless' to describe the soloing work on lead guitar, but that is up to time to tell. Almost every track on this album is worth hearing.

Happyheadbanger's recommended tracks:
-Now Let Them Tremble... (the intro, flows straight into the title track...)
-For We Are Many (All That Remains get straight to it with the title track; a fierce tour-de-force that reclaims their hardcore dominance.)
-The Last Time (A catchy, more melodic number, but still seriously heavy!)
-Won't Go Quietly (here we get all sides of All That Remains, and Oli Herbert adds a new twist with a voice-box effect towards the end.)
-Dead Wrong (One of the more extreme tracks on the album. The hardest vocals Phil has delivered since 'The Weak Willed' back on The Fall of Ideals...)
-Faithless (Another great, thrashy tune, lyrics convey the message of strength and resilience, as many ATR songs often do.)
-The Waiting One (Here the album closes with the softest offering from All That Remains. A beautiful ballad)
Posted by headbanger_71369 at 3:30 PM No comments: