Genotype are a band that I first discovered at Dame-Nation 2013. Since then they have completed their second full-length, independent album Design Intent. From their live performance I recall they were a hardcore metal band with hardcore vocals, interspersed with melodic singing on most of their songs and captivating tempo changes that enhanced the mood of their performance. What surprised me about their recorded album was how prominent the elements of electronic music and progressive music themes are throughout the whole recording. 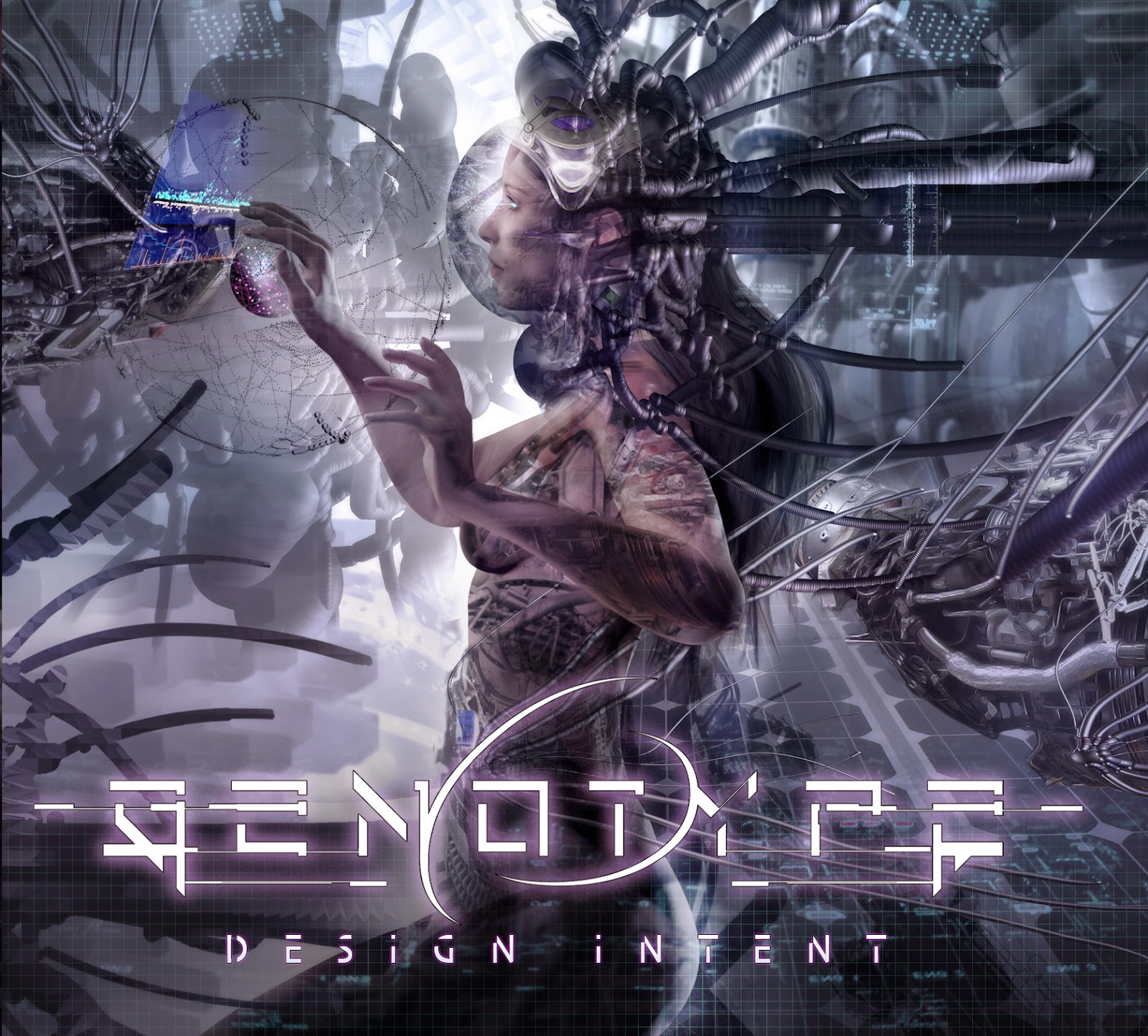 Design Intent begins with "Amalthea", an intense hardcore metal song I would expect from what I saw of Genotype live. Though the hardcore metal sound dominates the song, a subtle electronic element parallels the percussion and drumbeat in the background. Kathryn Kirby's vocals on this song are recorded in layers, and often there is a hardcore scream echoing in the background while her melodic singing is in the top layer of sound.

The next track, "Blight", has a soft vocal delivery with synthesizers at the start, but when the bridge comes, hardcore screams return, and heavy guitars again take over. This formula is utilized on many tracks on Design Intent as they are constantly changing things up, however it is far from one-dimensional.

"Nothing to Hold" departs from the intensity to reveal the softer side of Genotype. It works well in the middle of the album. As a listening experience, it is where you catch your breath, get your second wind, and allow yourself to slip deeper into the music. This song features acoustic guitars throughout, a milder tempo, some melodic synthesizers and keyboards which fill out the sound, and entirely melodic singing from Kirby. The lyrics give a sense of helplessness, and a struggle for control of one's circumstances.

This musical theme of a fusion of metal and electronica continues throughout the album. The recording and production of this album are very top-notch. The blending of these musical elements is practically flawless. In every instance they sound like perfect complements for each other. The band executes these tracks like seasoned pros. The guitar parts keep the elements of rhythm, melody, and chord progression very tight. The drums and bass guitar provide a concrete foundation for the upper layer elements of voice and electronic effects. The heavy elements provide intensity, aggression and power, while the melodic and softer elements give you an equal dose of beauty and harmony. Guitar solos and synthesizers add to Genotype's technical repertoire, and make Design Intent all the more enjoyable on so many levels.

The last track, 'Nether Reflex' is primarily effects and electronic music at the start. Then some guitars and drums come into the mix after a couple minutes. There's a voice that sounds like it is conducting tests on an artificial intelligence of some sort. As the dialog draws to a close, the music transitions to heavy riffs and hardcore vocals which later give way to melodic singing. The song builds to a crescendo, then stops abruptly, leaving your senses ringing at the auditory experience that Design Intent has been. My only criticism about this entire recording might simply be the track sequence- I feel 'Nether Reflex' actually would work better as the opening track, rather than the closer. But you can just put your CD or playlist on repeat and get the desired effect when it rolls back to the start. In the end, if that is all I can muster up for criticism, then you should know you're in for an awesome listening experience with Genotype!

Follow Genotype on Facebook to get all their updates and upcoming performances...
Posted by headbanger_71369 at 9:11 PM No comments: 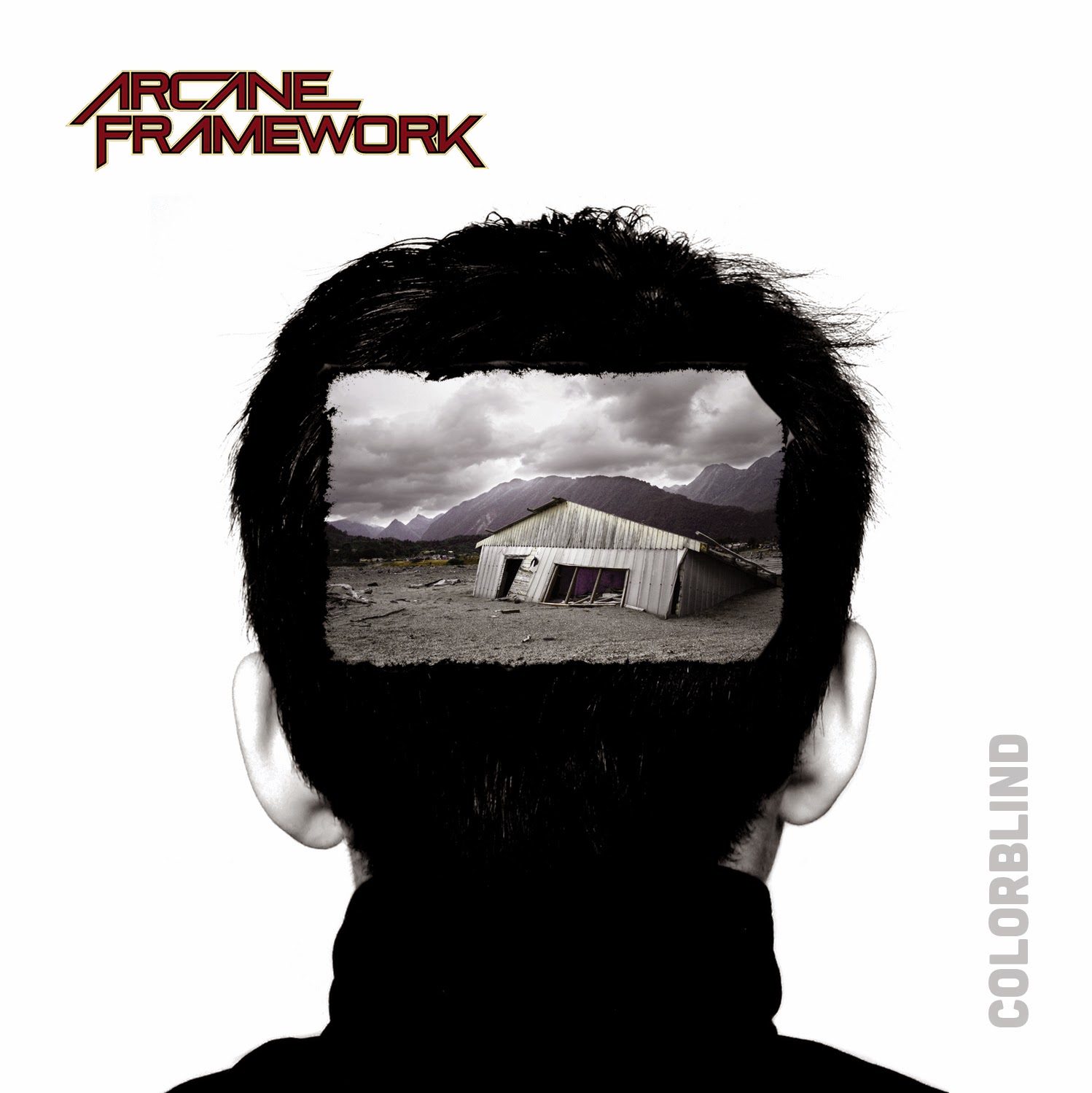 Colorblind opens with the track, "Some Kind of Grace", a heavy number that quickly lets you know you're listening to a real metal band. Katy Pryzbytek then begins singing in her melodic voice, recalling the style of Halestorm's Lzzy Hale or Lacuna Coil's Cristina Scabbia. The lyrical theme is that of soul-searching and identity resolution. The song's highlight is the melodic break near the end, which is then followed by a killer guitar solo.

The next track, "Wish I Knew" picks up the pace a little, and adds a little something new: Katy sings with a harder edge through a scratch box effect. It is just enough to push the boundaries of the Arcane Framework sound.

Then comes the title track. "Colorblind" employs some pretty cool sounding guitar effects. It reminds me a bit of Metallica's "The Unnamed Feeling" off of St. Anger. The song really rises to a higher level with the lyrics, which are filled with metaphoric phrases rich with many layers of meaning. Another guitar solo highlights lead guitarist Scott Tomaselli's skill on the fretboard.

The track, "The Bitter End", is a piano driven song that gives us glimpse of Arcane Framework's softer side. It is a soft and subdued song driven by the prominent bass line. It is also a great showcase of Katy's smooth and soulful voice. With the instruments stripped down to just the piano and bass guitar, the vocal track jumps more naturally to the forefront of the song.

With Colorblind Arcane Framework give us everything we heard on their debut EP and more. The heavy alt-metal vibe that emanated on most every track on that EP resonates strongly here again. Lead guitarist Scott Tomaselli provides several top notch guitar solos throughout the album. Their formula routinely migrates from heavy riffs to melodic and clean guitar segments. There are a couple examples of the band stretching their comfort zone and trying a few new things. All in all, a great, modern heavy metal recording, well worth the price to get it through iTunes!

Recommended Tracks:
-Some Kind of Grace
-Wish I Knew
-Colorblind
-The Bitter End
-Keep On Running

-Her Name Is Mercy (Lebanon, IN) 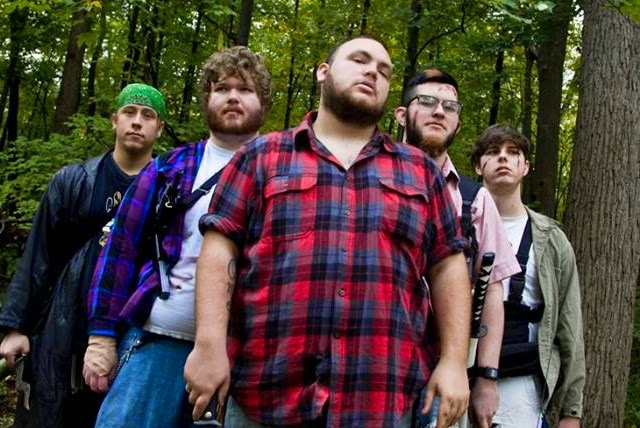 A hardcore/metalcore band from Indiana, these guys deliver intense hardcore metal is a similar vein to several of their influences, such as The Dillinger Escape plan and Between the Buried and Me. Check out:
-Oceans
-Hurricane 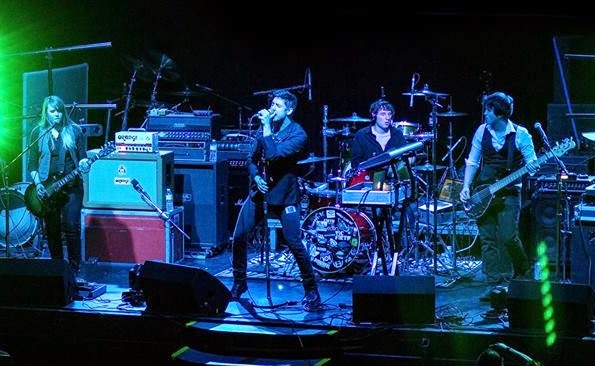 This band's style is self-described as Pop/Rock/Electronic. Their execution of this vision takes a heavy rock guitar sound and pairs it with synth-electronic elements, all the while maintaining a catchy vocal melody in the top layer of the mix. I would be tempted to compare their sound to Skillet.
Check out:
-Up In Flames
-Going Down Swinging 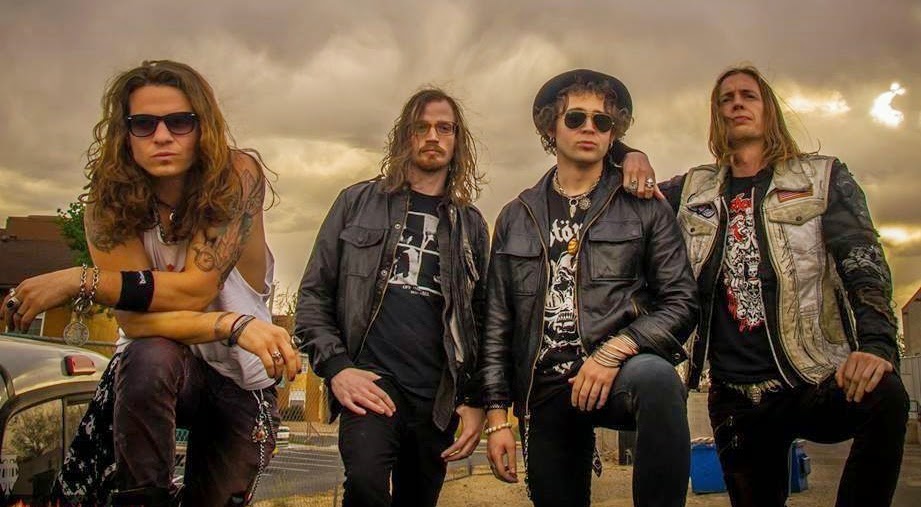 This band is hot on the rise from 'down-under', already touring in the states while having formed less than a year ago... Simply put, their sound is straight up hard rock. Their influences stem strongly from any band Scott Weiland is associated with, and they emulate the vibes of both Velvet Revolver and Stone Temple Pilots with their live performances.
Check out:
-Change
-Dead Will Rise 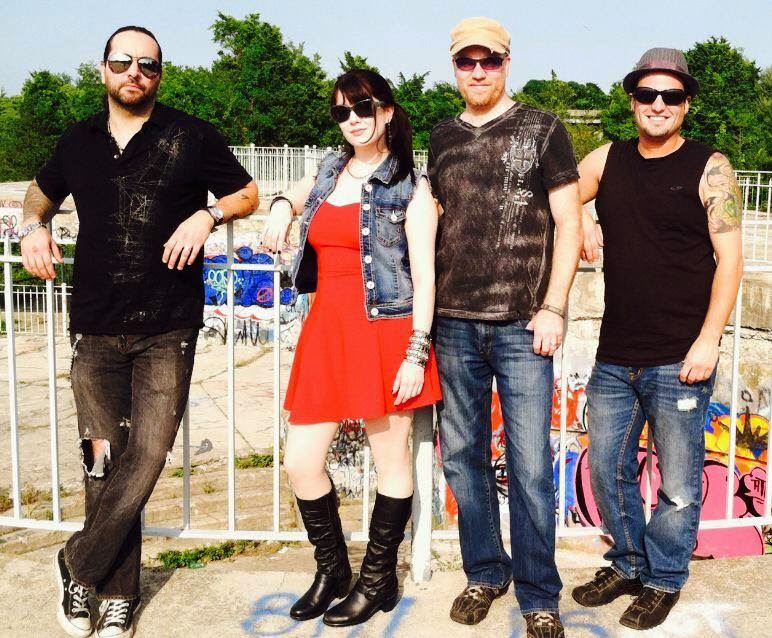 A female-fronted alternative rock band form the southern New England area. Their sound captures vocal melodies mixed with both clean and distorted guitar riffs. While their singer's voice reminds me of Liz Phair, their musical style rings true to the likes of their mid-to-late 90's influences, including Radiohead and Soul Asylum
Check out:
-Hello﻿
-Purpose 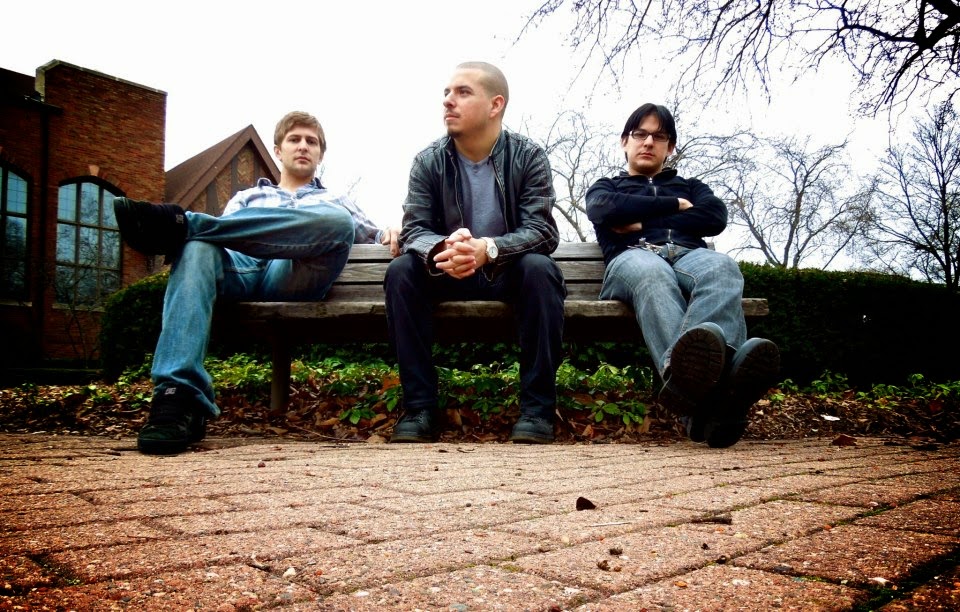 This band follows more closely to the post-grunge genre of hard rock. They present a heavy-yet-melodic sound, tight grooves, and a voice that at times mirrors Staind's Aaron Lewis. You can catch them playing somewhere in the Chicago area supporting their new release 'Collapsing Chemistry'.
Check out:
-Collapsing Chemistry
-We Are the Truth 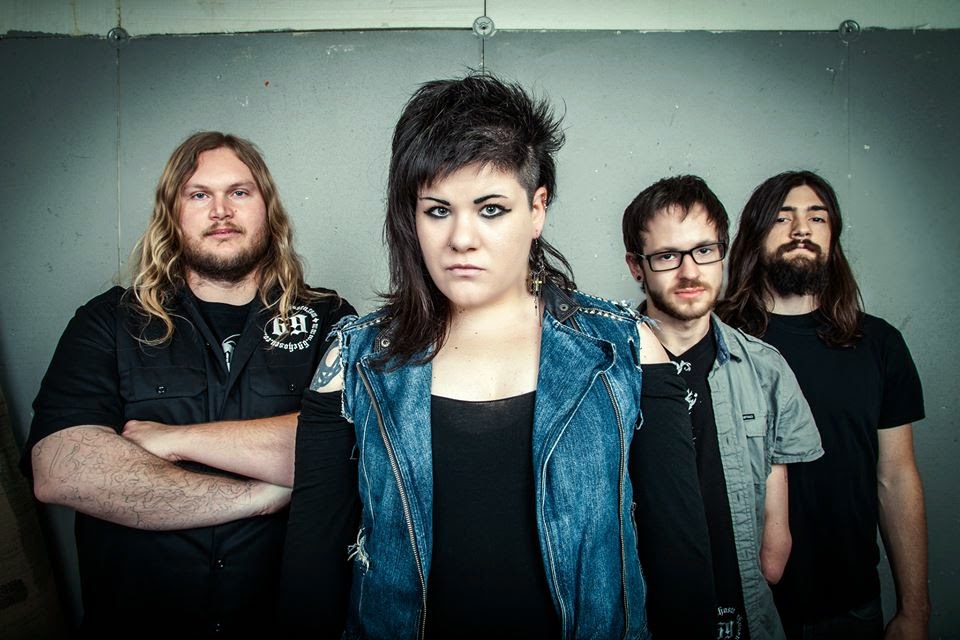 A female-fronted heavy metal band that gives you heavy mid-tempo riffs and a bluesy melodic vocal. Perhaps best described as groove metal, this band keeps the sound heavy and the mood dark...
Check out:
-Coward
-Break 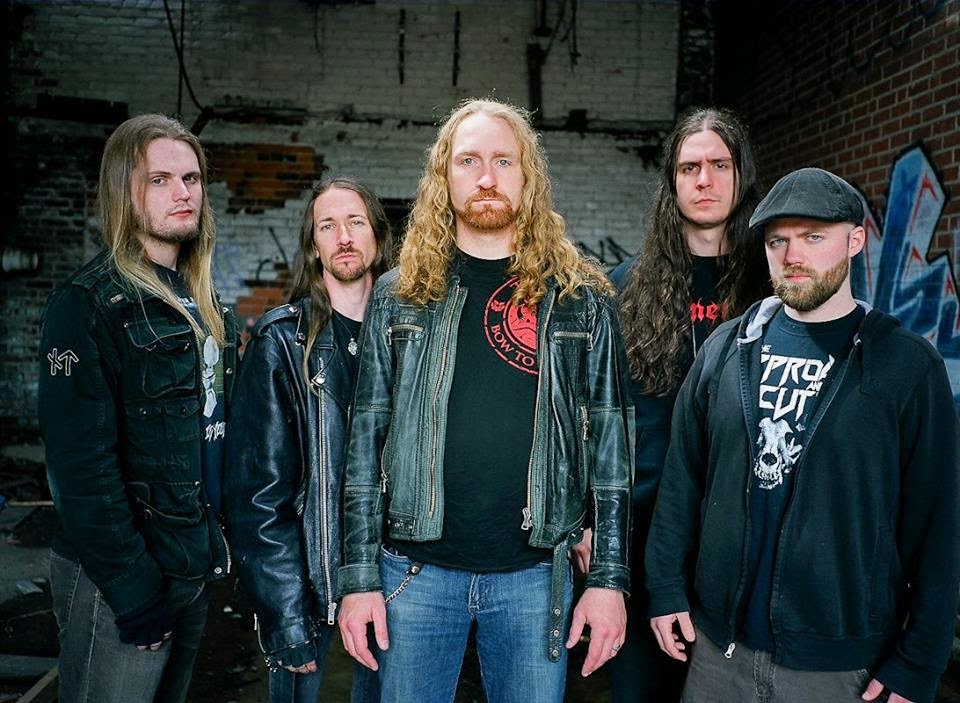 This band is one that gives you a bit of a throw-back sound and fit the 'traditional metal' subgenre, or maybe 'power metal' as well. Fast and technical guitar work is a perfect compliment to the vocals which are powerful without being screamed.
Check out:
-Revelation
-Legacy of Thunder﻿
Posted by headbanger_71369 at 1:30 AM 1 comment:

Only a few months left as the Independent Band of the Year, but Psychopathic Daze are still hitting the pavement frequently. For the rest of October they have two more shows: 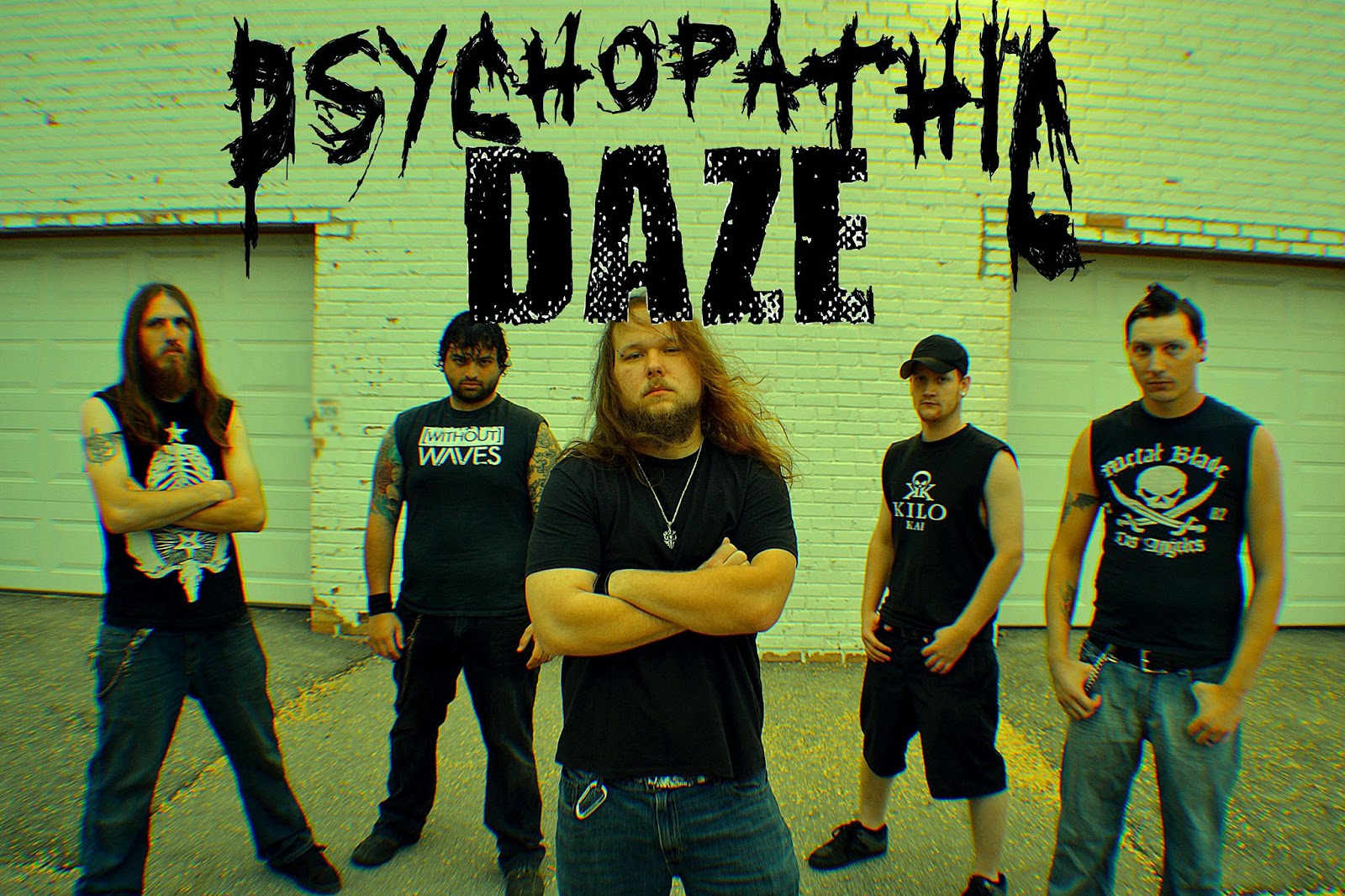 and Friday October 31st- A Halloween show in Chicago at the Nite Cap at 8pm.