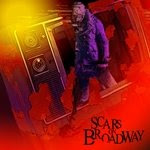 When System of a Down announced they would take a hiatus after headlining Ozzfest in '06 it left many of their fans wondering what the band members would do. Would they simply take time off and enjoy an extended vacation having become successful rock-stars? Quietly take their time to work on another album without pressure from a record company's deadline? Or maybe pursue other projects? In this case it would turn out to be the pursuit of solo-projects.

Serj Tankian was the first to release a solo-album (see my review in an earlier post). Daron Malakian would form a new band and call it Scars On Broadway, bringing Jon Dolmayan from System Of A Down with him on drums. Like Serj's "Elect The Dead", "Scars On Broadway" retains many elements of System's sound, though neither project sounds exactly like their previous band.

Some may say that "Scars" sounds like it's missing something (the presence of Serj's vocals), however in many ways this new band offers the chance to hear a different side of Daron Malakian's musical influence. Most of the album carries a vibe that is more hard-rock and less metal. His lyrics still pull no punches, taking shots at many political and social issues. Though part of me also feels like this album could benefit from some of the vocal tag-teams between Daron & Serj that are employed on the System Of A Down albums, I still find the music from Scars On Broadway is worth checking out. It should satisfy many System fans who are waiting for them to make a come-back.

Labels: Daron Malakian, Scars On Broadway, System of a Down

Soon after I started writing this blog, I thought to add a monthly reader's poll feature. I thought I could utilize this tool for a number of reasons: it would provide myself with a catalyst to ensure I post on at least a monthly basis, it would provide some opinion feedback from readers of the blog, and it would keep my mind working to think up new topics frequently. So far, I think this feature has helped keep this blog interesting, and I hope you agree. I remind you again that I welcome reader input on this front, so feel free to suggest topics for these polls. For now, allow me to review the monthly polls up to the November '08 poll, where you voted for the symbolic "president" of this blog. I'll denote the winner of each poll in bold BLUE text, and my own vote in bold with a star*. I'll also briefly explain my reasoning for my vote.


January '08: "Who's your favorite 70's rock band?"
The results
1-Aerosmith
1-Kiss* (Of course I couldn't vote against my all-time favorite-see my previous posts about KISS, they've been a favorite of mine for so long...)
1-Black Sabbath
2-Led Zeppelin
0-Judas Priest
0-Scorpions
1-The Rolling Stones
1-The Who
3-Other

February '08: "Who's your favorite lead-guitarist?"
The results
4-Jimi Hendrix
0-Jimmy Page
2-Eric Clapton
1-Eddie Van Halen
1-Herman Li
1-David Gilmore
0-Dimebag Darrell
1-Yngwie Malmsteen* (This was a very tough choice. I went with Yngwie because I don't think he gets the appreciation he deserves, simply because he's not as popular as some of these guitarists.)
0-Other

March '08: "What's your favorite epic rock song from the 70's?"
The results
5-Stairway to Heaven* (Well, here I finally agreed with the majority. To put it simply: Has there ever been another song as great as "Stairway"?)
2-Hotel California
0-Shine On You Crazy Diamond
0-Freebird
1-American Pie
0-Won't Get Fooled Again
0-Other

April '08: "Who's your favorite grunge band?"
The results
10-Nirvana
5-Pearl Jam
5-Alice In Chains* (Here, I voted AIC. I've always thought Nirvana were overrated as a band. They were good, but I've always liked the other grunge bands more. For me it was down to Alice In Chains or Soundgarden...)
2-Soundgarden
2-Stone Temple Pilots
2-The Smashing Pumpkins

May '08: "What's your favorite 'Unplugged' album?"
1-Nirvana-Unplugged in New York
5-Kiss-MTV Unplugged* (MTV Unplugged is easily one of my favorite Kiss albums. In fact whenever artists do an "unplugged" album it is usually one of my favorites. Many of these are great albums too. I chose Kiss because of the band-reunion that took place during the show.)
2-Eric Clapton-Unplugged
1-Bob Dylan-Unplugged
3-Alice in Chains-Unplugged
2-Rod Stewart-Unplugged... and Seated!
1-Tesla-5-Man Acoustic Jam
1-Other

July '08: "Who's your favorite female heavy metal lead singer?"
4-Amy Lee
2-Christina Scabbia
1-Tarja Turunen* (I posted this poll while I was on a big Nightwish kick. I still say Tarja's opera-trained voice is more than a cut above any other female metal singer I've ever heard. I think anyone who didn't vote for her on this poll has simply never heard her.)
3-Other

August '08: "What's your favorite rock album from 1976?"
3-Aerosmith-Rocks* (Okay, here is the first time I took advantage of the 'vote more than once' feature I usually allow on my monthly polls. Unable to pick just one favorite album from this year I voted for 3 on this poll. Aerosmith's Rocks album I think is very underrated- it's every bit as good as "Toys In The Attic", listen for yourself!)
4-Kiss-Destroyer* (To this day this is Kiss' greatest album. How can I not vote for an album from my favorite band?)
2-Boston
4-Eagles-Hotel California
5-Rush-2112* (I must admit I was surprised that Rush won this one. However, being one of those who also voted for this great concept-album, I think it is deserving of the winning votes it received.)
1-Bob Dylan-Desire
1-Ramones
0-Blue Oyster Cult-Agents of Fortune
0-AC/DC-Dirty Deeds Done Dirt Cheap
0-Other

September '08: "Vincent Furnier is the real name of which heavy metal icon?"
0-Ozzy Osbourne
5-Alice Cooper* (Okay, this one was straight trivia. You could have googled the name to find the right answer, but thank you for guessing off the top of your head-that's the challenge after all! Alice Cooper is the right answer. More trivia will be coming up as a monthly poll before too long...)
3-Marilyn Manson
1-Gene Simmons

October '08: "Who's your favorite bassist?"
5-Cliff Burton* (Here, I had to vote for Cliff. His contributions to the early work of Metallica are monumental. Heavy Metal itself would be different if it weren't for Cliff.)
4-Geddy Lee
3-John Myung
5-Flea (In the first tie so far on a reader's poll, I reviewed both winners. Flea is a great bassist also!)
4-Nikki Sixx
3-Steve Harris
4-Other

November '08: "Election '08! Who's your favorite heavy metal vocalist?"
3-Ozzy Osbourne
10-James Hetfield (Here, it's James Hetfield winning favorite vocalist, and the honors of becoming the "President" of the blog. I had to have a little fun with the excitement of the real Presidential Election going on! I hope you all voted, in the real election as well as this poll.)
3-Rob Halford* (Halford was my personal choice for this poll. My reason is simple: his vocal range is amazing. He can sing complex melodies in the highest screaming falsettos as easily as he can in a deep growl. His vocal control is excellent as well. He has a vibratto that sounds effortless when many other metal singers can sound like they're trying too hard...)
7-Bruce Dickinson
1-James LaBrie
3-Corey Taylor
4-Write-In
Posted by headbanger_71369 at 8:59 PM No comments:

Post #59 Poll Winner: Which 'Coming Soon' topic should I write next?The 90's were a time when "Alternative" became the cool new sound in music. But what exactly was "Alternative"? The name itself could encompass many styles of rock music. It seemed to be a blanket label that covered grunge, jam-bands, pop-rock, and neo-punk all at once. Overall the main musical element of "alternative" seemed to be a blending of clean, acoustic, and distorted guitar sounds set in a rock or pop drum beat.

Alternative was cool. It was "in". It was enormously popular. And every week there seemed to be a new "Alternative" band with a hit song on main-stream radio. This was a recipe doomed to yield a plethora of one-hit-wonders, and the majority of these bands failed to last much longer than one or two albums. In a way it's a shame because many of these bands produced a great album or two, and most of the music on each one was generally overlooked in favor of the band's one big hit.

So rewind with me here and let's check out some hidden gems from this era of rock music: 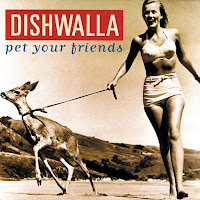 The song you probably know: Counting Blue Cars. This song was a great hit about spiritual self searching.

The other good tunes on this album:
-Charlie Brown's Parents (this is the lesser known follow-up single, a heavier, faster song)
-Pretty Babies
-Moisture (a head-trippy sounding song, a bit like Pink Floyd at the beginning, but they speed up the tempo in a couple spots) 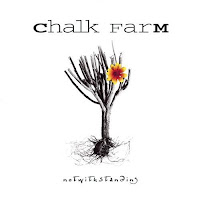 Chalk Farm-Notwithstanding (1996)The song you might have heard: Lie On Lie. This song features a great blend of acoustic and electric guitars, and lyrics focused on social-psychological issues. Although I find this band to be good songwriters the critical part of me has to admit their vocalist doesn't have much range, and sometimes comes off as monotone. Still, the songs themselves are good enough to track down and add to you i-pod library.

The other songs worth checking out:
-Live Tomorrow (a self-aware criticism of a busy lifestyle with misplaced priorities)
-It's Up To You
-Sunflower 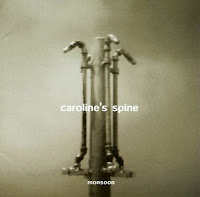 Caroline's Spine-Monsoon (1997)The song you might have heard: Sullivan (either the electric or acoustic version- they both rock!) This song pretty much tells the same type of story as the film "Saving Private Ryan" did, except from the mother's perspective. This song is more of a tear-jerker than that movie was, and it was released a year before the film, in case you were curious which came first.

More great songs from the same album:
-King For a Day
-You & Me
-Monsoon
-Psycho

[While trying to compose this post I gathered many more artists than the three mentioned here. Rest assured there will be a "One-Hit-Wonders of the 90's-part 2" a couple months down the road, and probably a part 3 and 4... Keep checking back!]
Posted by headbanger_71369 at 2:06 AM 1 comment: