It is again time for my annual contest for HappyHeadbanger's Independent Band of the Year. 7 talented, unsigned rock and metal bands. Here with samples of their music for you to stream, view, download, jam, and bang your head to! Check out each one, click on the link at the bottom to visit the Google Form to cast your vote! Then share this article with your metal-head friends. Keep checking back to see which band will end up with the most votes and become my featured artist for the 2019 calendar year! 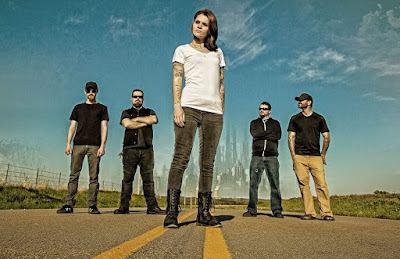 Genotype are a metal band from Rockford, IL that fuse hardcore and melodic vocal elements with a technical metalcore guitar tone and some electronic elements. The result is music that is in one moment brutally heavy, the next a catchy melody, and then a dark ambiance. You won't want to miss this band's music! 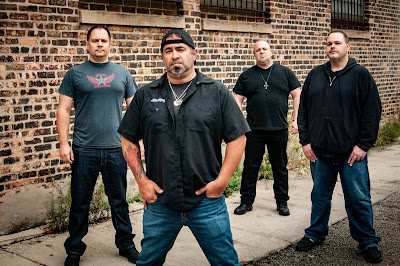 Ditchwater are a Chicago alternative rock/metal band that have been around since 1993! After some personnel changes, a creative core was established in 2002. After a 2016 full-length album, new music is again on the horizon for this band! For a heavy, post-grunge, alt rock experience give this band your attention!

Check out:
Broken Me
Heal Me 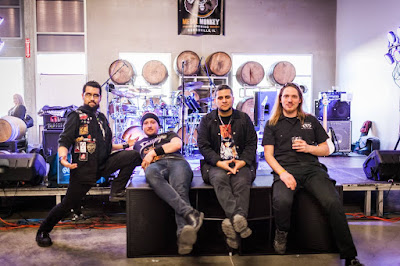 Guardsman are a Chicago-based power metal band with some progressive metal influence as well. Their vocalist reminds me of a deeper-voiced James Hetfield. That, combined with their prodigious guitar soloing, prompts me to describe them as a mash-up of Metallica and Iron Maiden. If you love both thrash metal and the NWOBHM, then this is the band for you!

Check Out:
Dark Days Ahead
One of the Missing 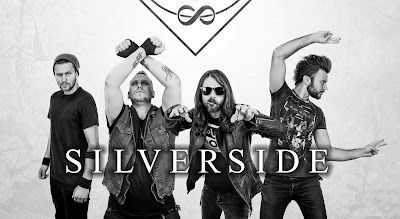 Silverside are a Chicago hard rock band with catchy hooks and melodic vocals with just the right amount of grit. Some of their songs remind me of the Foo Fighters. If you're an alternative rock fan, check out this band!

Check Out:
Slowburn
Help is on the Way 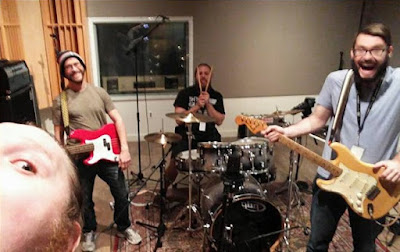 Mediums are a blues-rock/indie-rock band from Chicago's north side. One of their first ever live-performances was actually at HappyHeadbanger Fest 2016! They're in the process of recording their first album, so a live youtube video is currently the only place to hear their music online. More coming from them soon!

Check Out:
Only in Moonlight 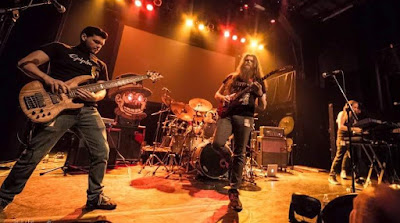 Shadowstrike are a progressive power metal band out of New York. Their furiously fast guitar solos and uplifting fantasy and video game themed music makes it easy to compare them to the mighty DragonForce. If you like your metal fast, with soaring melodies, then this is the band for you!

Check Out:
Gales of Winter
Wind in the Sky 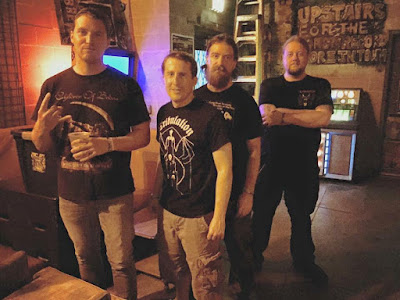 Living Terror are a Speed Metal, or Blackened Thrash Metal band from Plano, IL. They've been playing gigs around Chicagoland for the last couple years and have a full-length album available. If you're a fan of Children of Bodom or Venom then maybe you'd do well to give these guys a listen!

To vote YOU MUST VISIT THE FOLLOWING LINK, then enter your email address and cast your vote! 2018 Independent Band of the Year Readers Poll
Posted by headbanger_71369 at 3:00 PM No comments:

Vinnie Paul Abbott, the legendary drummer from Hellyeah, and formerly of Pantera, Damageplan, and Rebel Meets Rebel, passed away in June of 2018. I'm at a loss for words to describe how this loss affects the metal music community. Certainly he was an influential drummer. Any metal fan can tell from the bands alone how significant the music he helped create is, and has been, for heavy metal for decades. Perhaps it would be best for me to just add my perspective as best I can. 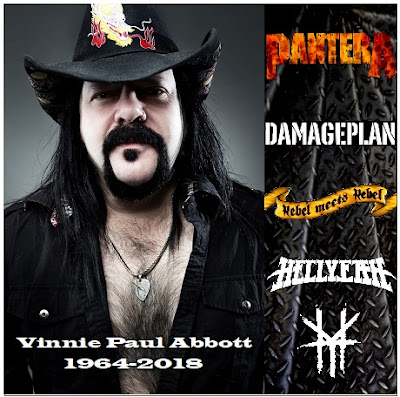 I became a metal fan because of the guitars-I won't lie. I was first drawn to the flashy guitar solos of the pop-metal hair bands, then the high-tempo, heavy riffs of thrash metal. My fandom steadily grew more intense: from the hair-metal bands of the 80's, to thrash, metal core, and melodic death metal. I still appreciate the entire spectrum of metal music as evenly as I can. Drums were not what I noticed first about the music, but they are always there, keeping time. But more than just being the backbone of the rhythm section, I feel the best drummers can showcase their skill behind the kit so much so that songs can be instantly recognized by a drum beat, a fill, or even the tone of the percussion. Vinnie's drumming skills were of that variety. Hell, many of Pantera's most famous riffs are ones where the drums and guitar are almost inseparable in the recording. If you're new to Pantera, or any of Vinnie Paul's recordings, just check out the opening riff from Mouth For War and you'll hear what I mean.

Vinnie's drumming may not have been the first drumming style that made me pay attention to the instrument, but in retrospect I find his drumming style to be quite recognizable, and essential to so many of the songs in his recording history. It is with these thoughts in mind that I selected the following playlist (limited to under 80 minutes to fit on a CD ;-). Not only did I try to use the tracks where I felt the drumming was Vinnie's best, but you'll notice I also span nearly his entire discography- starting with a track from Metal Magic, the rare debut album for Pantera, back in 1983, right up to Unden!able, the latest release from Hellyeah. Track these numbers down and give them a listen, and raise a Black Tooth Grin in memory of Vinnie Paul Abbott! 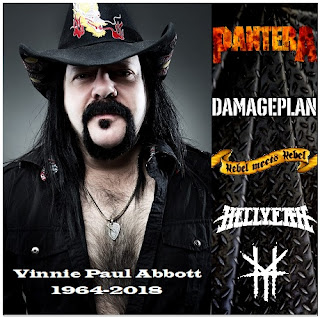