Congratulations to Proudest Angel-2016/17 Independent Band of the Year


On November 15th the annual Independent Band of the Year readers-poll contest concluded and Proudest Angel from Chicago, IL won by virtue of getting the most votes. This was another exciting year, and again was an outreach effort as there were bands featured not just from the Chicago and Indiana music scenes, but also from Spain and England! I want to thank all the bands for being a part of another competitive year of promoting independent heavy music through this contest. I hope your fans continue to follow this site. 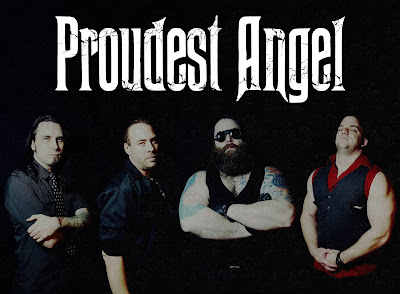 Proudest Angel will become the featured band on this site for the 2017 calendar year starting in January. They will have a link to their primary website in the sidebar, announcements posted here ahead of each show they play, a review forthcoming of 'The Soundtrack to Your Next Bad Decision'- their first album since 2002, and other content as opportunity presents.


They also will get to nominate a band for the next 3 Independent Band readers polls. For now, you can follow their events and announcements on their facebook page, and stream their album online at their Bandcamp page.