Post # 332
Warg are a metal band from Zaragoza, Spain. I might initially label them as a thrash metal band, but they incorporate many different subgenres into their sound including classic metal, death metal, progressive metal, symphonic metal, and folk metal. They have true diversity to their sound. 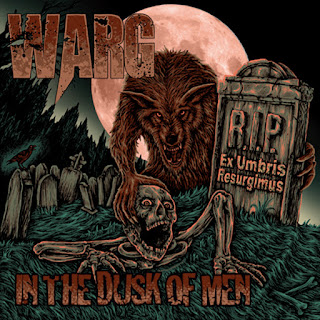 Their newest release, In The Dusk Of Men, is an excellent example of their metal capabilities.
They amaze me by their ability to sound eerily like In Flames in one song, Amon Amarth in another, and Epica in yet another!

One last interesting fact I'll mention pertains to their name. For those of you curious, it is indeed inspired from George RR Martin's Song of Ice and Fire books, which in turn are the basis of HBO's hit fantasy series Game Of Thrones. They even have a couple songs that are inspired directly from the series.

This album seems to have something in store for almost any heavy metal fan. The vast array of styles they incorporate into their songs are woven seamlessly together. There are great guitar solos, complex song structures, melodic segments as well as hardcore. The vocal styles are varied even within songs. They even have a guest vocalist who helps round out the melodic side of vocals. This impressive fusion of several diverse heavy metal elements is something that truly mush be heard to be believed.

Recommended Tracks:
-I Am Death (The opening track is a fusion of thrash, folk, death, prog and melodic elements.)
-Ancient Times (an amazing blend of operatic and death metal!)
-Light Under the Shadows (Parts of this song may be categorized as a ballad, but at the same time it is much more than that!)
-In The Dusk of Men
-Wargs on the Horizon (a true thrahser! plus they have a music video for it!)
-Fate of Kings (this is one song with lyrics inspired by Game of Thrones!)
Posted by headbanger_71369 at 2:10 AM No comments:

Post #331
After several weeks off, Scars of Armageddon are coming back to the stage! Next Tuesday, on July 26th, they will perform at Reggie's Rock Club in Chicago. 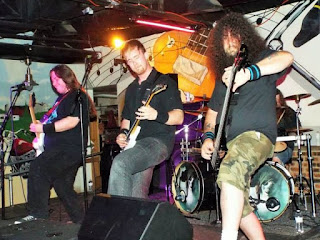 Experience face-melting shred metal that combines the musicianship of the NWOBHM style with the power and intensity of thrash metal!

Other bands on the bill include: Castle, Brimstone Coven, and Beast Warrior.
This show is ages 17 and up. Tickets are $8.00 in advance and $10 at the door.

Visit Reggie's Rock Club for more details.
Or visit the Bands In Town link...
Posted by headbanger_71369 at 12:47 AM No comments: