DEADMANSWAKE, Judas Beast & Others this Friday!

See more information at the link below:

The Stone Foxes-Bears and Bulls

Post #125
I'm going to take a moment here for a little departure and review a band that is much more a blues-based rock band, The Stone Foxes. Though I love metal like no other music, I do retain an ecclectic range of music that I enjoy. I was raised on classic rock, and that genre (as well as several heavy metal artists) are often influenced by the blues. The Stone Foxes appeal to me through those roots of the blues... 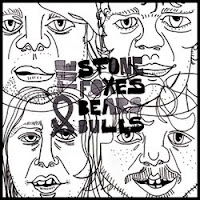 The Stone Foxes are a new blues-rock band out of San Francisco, CA. Their second full-length album, Bears & Bulls, offers 12 tracks that illustrate their style and direction. The Stone Foxes comfortably blend rock music with blues, blue-grass, or a hint of country/folk rock in a fashion that remotely conjures comparisons to The Eagles in my mind. Overall I'd say that they stick much closer to strick blues that The Eagles, though.

This albums opens with the up-beat 'Stomp', which is an apt title, as you'll quickly tell if you give it a listen: a brisk drum-clap-drum-clap rhythym carries the tune (much like Queen's 'We Will Rock You', if you need a point of reference). The band comes in with a harmonized 'Whao-oh-o-oh..', and touches of a bluesy slide guitar complete the formula for this simple, yet addictive track.

The next song, 'Patience', kicks it up a bit, and the band jams this one out with some heavier electric guitar. I would almost compare their electric/amped songs to late-80's Aerosmith, if perhaps they had a stronger blues influence themselves. From here on out The Stone Foxes display numerous incarnations of twang-infused blues, mixed with good-old rock & roll. It is really a great musical formular that must be heard to be fully appreciated.

I have several tracks from Bears & Bulls that I would highly recommend. They are as follows:
-Stomp
-Patience
-I Killed Robert Johnson (a clever, narrative blues number, that both pays homage to the Blues Legend, while also telling a little tale that plays upon the Faustian legend connected with Robert Johnson himself.)
-Reno (this song is a bit of a ballad. The Stone Foxes show us what their softer side is like.)
-Little Red Rooster (This one is straight-up, 100% blues to the core. Much like Hendrix's 'Red House', or SRV's 'Pride and Joy', this song belts out an infections groove, that may not bring anything new to the blues, but harnesses the crux so well you can't help but sing along with it, much like those classics of yore had done before...) 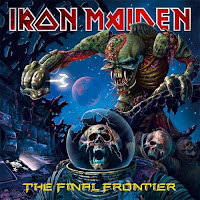 Iron Maiden, living legends of modern heavy metal, have recently released their 15th studio album, The Final Frontier. The last Iron Maiden album I reviewed, A Matter of Life and Death, I called the best Iron Maiden album ever. That's saying a lot for a band with such albums as The Number of the Beast, Piece of Mind, and Powerslave in their back-catalog. Do I dare to make such a bold claim again with The Final Frontier? Perhaps this time I'll digress, but not without being strongly tempted! This album continues to solidify the band's reputation for always being able to deliver a quality metal album with well-blended elements of classic, progressive and melodic metal.

If you have followed Maiden's recent works since Bruce Dickinson rejoined the band in 2000, then you may think you know what to expect. However, as The Final Frontier opens with the epic, sci-fi themed "Satellite 15... The Final Frontier", Iron Maiden immediately (and boldly!) go somewhere they've never been before, musically speaking. Drummer Nicko McBrain performs such a unique, intense, and thundrous cacophany of a drum intro the likes of which I've never heard in heavy metal. As this intro builds layer upon layer, as instruments join in, one by one, the listener is drawn in to the song with a truely gravitational force. About two-and-a-half minutes in, there's a bit of a lull during which Bruce's voice comes in and sets the lyrical context of the song, followed with the resumption of the drum-theme, but intensified two-fold. The song builds further like a wave about to break. Then, at the four-and-a-half minute mark, they shift gears for the title track, which rocks out like classic Iron Maiden!

Before you have a chance to catch your breath, the next track, "El Dorado", picks up where the first one left off, and raises the intensity even higher. The guitar riffs are a bit heavier, almost thrash-metal paced. Bruce's vocals soar with the kind of powerful delivery Iron Maiden's fans are used to. By this point you know you're in for an excellent listening experience, and your head should already be in motion!

By turns and twists, this album goes on to explore different facets of epic heavy metal. From intricate guitar solos to the always-masterful vocals of Bruce Dickinson; from the thundering drums to the driving bass riffs, this album has everything. Many songs are built upon melodic, lead-guitar passages, while others take root from Steve Harris' ingenious bass-lines. Thematically and lyrically, The Final Frontier focuses mostly on topics of fiction and fantasy, with the exception of the last number, "When the Wild Wind Blows", whose lyrics read like an indictment of today's current events & politics.

I shouldn't forget to mention that this album is available as a 'Mission-Edition', a version of the CD w/ special packaging (a windowed, tin CD case) that includes a code for special online content, music video, interview, and video game.

Check out this new masterpiece from Iron Maiden, and do not miss out on these recommended songs:
-Satellite 15... The Final Frontier
-El Dorado
-Mother of Mercy
-Coming Home (Bruce's lyrics on this one come straight from his perspective as a jet pilot)
-Starblind
-When The Wild Wind Blows

http://www.ironmaiden.com/index.php?categoryid=1
Posted by headbanger_71369 at 5:17 PM No comments:

Post #122
ATTENTION!! This Saturday, January 8th, 2011, don't miss your chance to see DEADMANSWAKE as part of a benefit show at LIVE 59 MUSIC CLUB in Plainfield, IL. This event is benefiting the Will County Humane Society. Part of the $8.00 admission goes toward the Humane Society, but other donations of food and pet supplies are welcome.

The show begins at 7pm, with DEADMANSWAKE performing at 9:30pm.
Also appearing: Desolate Sky & Delightful Downfall
For more information visit one of the links below: 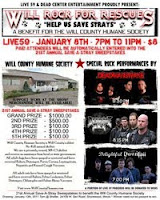 Post #121
Losing Scarlet (last year's Myspace.com poll-winner) are in an online Battle of the Bands contest on Rock108 radio in Iowa. The winner will get an opening slot on the JAGERMEISTER MUSICTOUR featuring Buckcherry, Hellyeah, ALL THAT REMAINS and others. The contest only runs until January 13th, so DO NOT DELAY!

I've seen Losing Scarlet perform live before, and they really rock the house! Please show your support for them again, and vote for LOSING SCARLET at the link below:

http://www.rock108.com/battleofthebands
You can only vote ONCE, but make it count, and share the link with your friends!
If you're not convinced, click the Losing Scarlet label at the end of the post, and listen to some of their music online.
Posted by headbanger_71369 at 3:05 AM No comments: 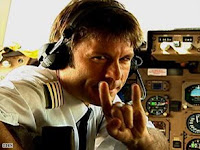 In a landslide reader's poll, Bruce Dickinson scored a decisive victory for president of this blog. This convincing result came in timely fashion, as Iron Maiden have recently enjoyed much acclaim for their newest album, The Final Frontier.

Whether this album title may indicate that Maiden are nearing the end of their career remains to be seen. However, for the next 2 years, Bruce will hold office here at happyheadbanger. In the meantime, keep enjoying Iron Maiden's music as well as Bruce's solo material.

Bruce Dickinson would like to thank every reader of happyheadbanger/Heavy Metal 107 who voted for him. Holding the office previously held by James Hetfield will be a welcomed challenge. May the metal music of Iron Maiden stand as my testament to the enduring quality of heavy metal! To use a lyric as my theme for this term as President, here's one from the song 'Born in '58'