Post #353
Another year, another 7 independent bands. Again, there is plenty of variety within the realms of heavy metal and hard rock music represented here. Discover a new band! Play the recommended songs available to stream online! Vote for your favorite band (or 2 or 3...) in the right-hand column of this blog. Voting is open from now through October 31st 'til midnight! 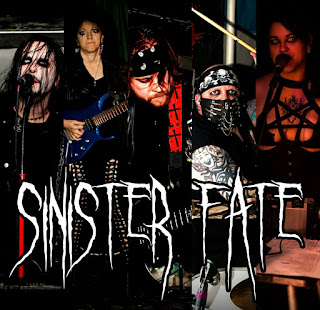 Sinister Fate are a Chicago-based heavy metal band that have been tearing it up (figuratively), and tearing flesh (literally), since 2005. Their lyrics are heavily influenced by horror and gothic imagery. Their stage-shows feature gothic make-up and DIY pyro effects, from flame-dancers to spark-throwers. Their sound is for fans of Rob Zombie, Alice Cooper (the heavier-side), and Wednesday 13/Murderdolls. Their latest release is titled Blood Pact.

Check out their new music video for
The Monster Within 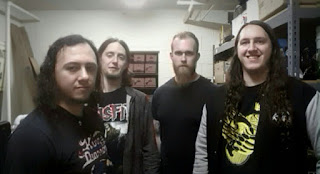 Act of Destruction also hail from Chicago, and their style is clearly thrash-metal influenced. They're famous for courteously asking their fans to "Get Destroyed!" Rough screamed vocals are not quite 'death metal', but closer to hardcore. Some of their songs really push the limit for fast-tempo, shredding metal. Their full-length album is titled Extinction.

Check out their song
Death Warriors
or stream on Facebook. 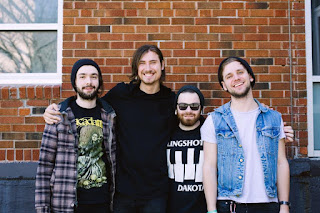 Whale Bones, from Bloomington, IN, are an alternative rock band that bend genres with their sound. An ambient mood and a wide range of sounds are present as they utilize instruments from soft keyboards to amped guitars. This band would appeal to fans of Pink Floyd or Kings of Leon. Their latest EP is titled The Seaside.

Check out their song
Hiding From the Sea 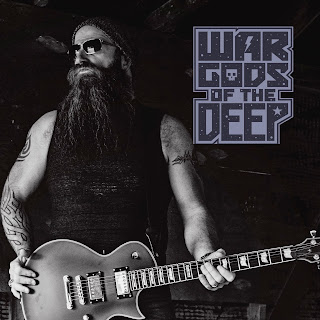 War Gods of the Deep are a Chicago metal band that blend some genres together in their formula. Elements of metal, prog, and 'space-rock' can be heard. The songs are heavy, but still have strong hooks that catch your ear. Their latest EP is titled Robots, Rockets and Rampage.

Check out their song:
Mortal Cage 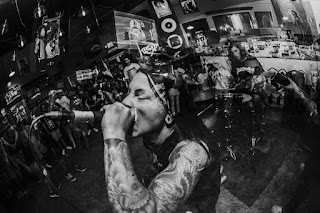 Revenge Season are a hardcore metal band from Atlanta, GA. Their uncompromising style of brutally heavy hardcore metal is great for fans of bands like Unearth or Atreyu. They will have you headbanging and moshing within seconds. Their music is available to stream on bandcamp. Their newest single is Malfeasance/Scarred.

Check out their song
Malfeasance 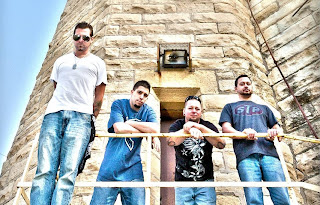 Our Broken View, from Chicago's south side, are a hard rock/metal band that utilize mid-tempo, heavy groove tones, melodic vocals, and occasional screams. They remind me of a more mainstream Mudvayne. Maybe it's the clean vs scream tone of the singer's voice, or the deep tone of the drum and bass combination, or their ability to fuse brutal heaviness with infectious melodies. Their newest release is Applauding the Silence.

Check out the video for their song
Runaway 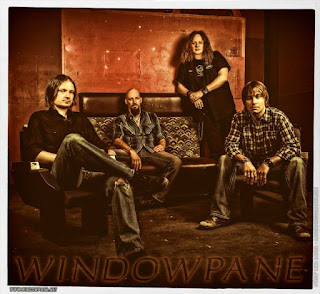 Windowpane hail from the Seattle, WA music scene. Their sound is a heavy variety of alternative rock. Their sound reminds me of Shinedown in some ways, Stone Temple Pilots in others. Their songs are infectiously catchy, and most are available to stream on soundcloud. They've been recording music sing 2006, but their newest, self-titled album was released just last year: Windowpane.

Check out their song
Words and Nothing More
Posted by headbanger_71369 at 5:30 PM No comments:

Evil Engine are a Chicago-based, female-fronted punk rock band on the rise. Having played shows from Chicago to New York and beyond this summer of 2017, you might have already seen them live and seen what they can do. Nullius In Verba, their debut EP, is 5 tracks (6 counting the shout-out to their Kickstarter supporters, bonus track) of pure punk energy fused with a tinge of metal. 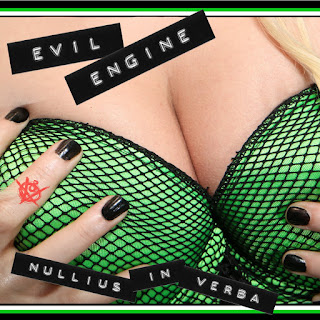 From the opening number, Ugly Public, you feel what this band is about. They're intense, yet not hardcore. Accessible, yet not 'pop-punk'. Truly a throwback to when the intensity of punk was first infused with melodic rock. The lyrics are a cannon-spray of commentary on the modern socio-political landscape.

The Resistance is more aggressive, and every bit as fast as Ugly Public. The lyrics are a more-straight-forward 'fight the system' anthem. It's a call to arms against the establishment.

Father may be the best example of Evil Engine's ability to fuse metal in their sound as the clean guitar intro demonstrates their ability to focus on melody. The song still picks up and give you the aggression you'd expect at this point, but the melody is never far from the song structure, and Kryssie's voice gives a perfect delivery with a smooth and bluesy tone and just the right amount of aggression.

Radio Coup D'tat. While it criticizes the music industry's biases in terms of radio air play, it may also be the band's most radio-friendly number... It reminds me of Green Day in some respects, with a major-key tonality and fun-times vibe. It also defends the underground music scene and the mentality of those who support, contribute, or attend shows in the underground scene.

Egression is the last true song on the EP, and it is a worthy closer. It opens with a slow and melodic bass guitar, but soon transitions to perhaps the fastest song on the record! Lyrically the song seems a cautionary tale about society slipping into a dystopia. Socially conscientious, and full of fist-pumping emotion, this song easily merits multiple plays on your listening device.

Brrrraaaap is sort of a bonus track, as it is essentially just a list of thank-you's to the people that supported the highest tier of their kisckstarter campaign. Still, it is a track where... hearing is believing!