HappyHeadbanger's Independent Band of the Year, Scars of Armageddon, are playing their first show of 2016 on January 23rd! They're opening for progressive metal band Dissona's 'Paleopneumatic' album release show. 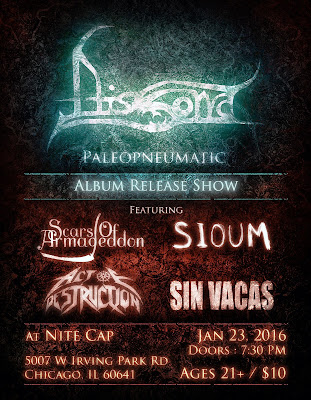