Genotype recently won our Independent Band of the Year reader's poll in late 2018. You can visit their main website by clicking their link in the sidebar. Today I'll be reviewing their latest independent recording, their 3rd full-length album: Genotype III.

Genotype are a melodic, hardcore metal band who incorporate some electronic elements into their sound. It gives their music a futuristic, post-apocalyptic ambiance. They've been promoting their music at various local venues between Chicago, IL and Milwaukee, WI since 2012. 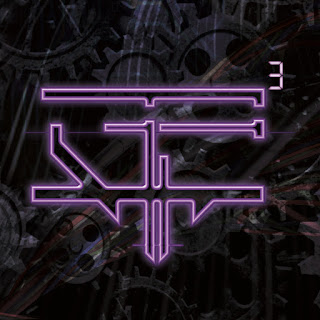 Genotype III holds true to their established elements and shines as cohesive, consistent hardcore metal listening experience, with a top-notch production quality. It showcases the vocal range of Kadie Kirby as well as, if not better than, their previous release, Design Intent, reviewed here. Her aggressive screams are on par with those of Alexis Brown from Straight Line Stitch, but at times she also shows off her melodic side, giving Genotype's music even more dynamic qualities. Here are some thoughts on each track of Genotype III.

Antiquity-The album-opener wastes no time getting into the fast riffs, aggressive vocals and technical prowess this band has to offer. The moderately fast verses are broken up by double-time choruses, and melodic breakdowns alike!

Defiance-Another winner, this track switches the formula around slightly, opening with a melodic verse that gives way to hardcore choruses. Lead guitar solo is reminiscent of the late Oli Herbert from All That Remains. Well done!

Cyberfi-This track is a bit slower on the tempo, but maintains the band's heavy edge. Segments of the song are driven by the rhythm section as guitars cut in and out.

Silence-Perhaps my favorite track, and certainly the one I've heard most frequently- this song has a music video they filmed to promote it. It was also one of their featured tracks in the recent Independent Band competition. Very tight production, very heavy song, and as always, tremendous skill on display with every instrument and the vocal performance! Check it out for yourself:

Light Worker-Here is the true boundary-pusher for this album, but in the lighter direction. This one is entirely melodic in tone, slow and soft in delivery, but still a very enjoyable number. A track like this to break away from the band's typical formula may be taking a risk, but it's well worth it, and makes the album as a whole a better product.

The Dream- This song slowly fades in with some electronic elements, but then they hit you with the heavy, hardcore vocals again. A melodic chorus and elegant lead guitars layered on top the hook-laden riffs deliver us back around to another hardcore verse. A song that meanders through their repertoire in a good way!

Synastry- Another winner that opens with clean vocals over  heavy, pounding riffs, broken up by ambient melodic breaks, then a transition to powerful hardcore vocals, blast beats and killer riffs. Smooth transitions and a mood that flirts equally with uplifting and dark tones.

Darkstar (Afterglow, featuring Michelle Esposito)- Starts off with slower, heavy riffs with middle-range vocals. Nothing over the top tempo-wise but the guest vocals on this one bring a new dimension to the music. For the most part this song stays true to the melodic side of vocals, while the instruments ebb and flow between clean and heavy.

Lo_Drift-A steady heavy riff is perpetual in this song, while the vocal style switches things up between the screams and the melody.

Temple of Saturn- One of the darker, more aggressive songs on this album. This one will give metalheads a fulfilling headbanging experience.

Praeteritus- In a similar way to their previous Design Intent album, Genotype close the album with a more experimental, electronic-focused number. Segments of spoken phrases by Kadie send a take home message to the listener- live without regrets.

Don't forget to check out Genotype's Spotify page!
Posted by joelabeverley at 12:58 AM